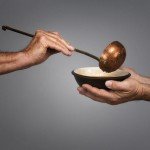 We’ve told you before about the over $2 billion Catholic schools save Pennsylvania taxpayers each year. Of course the benefits go beyond the dollar signs, as the hundreds of Pennsylvania Catholic schools have graduated intelligent, successful, and community-minded citizens who have been encourage to grow in wisdom and grace throughout their education. Catholic high schools boast nearly 100% graduation rates, with over 90% of those graduates going on to college or university.

Now, new research tells Pennsylvanians of the huge positive charitable impact that Catholic parishes, schools, hospitals, and ministries have on the community. In real dollars, that impact translates to an average of $1.5 million per congregation, “They bring economic value, they bring a civic value, and that you don’t have to be Catholic to care about the Catholic Church.”

You can read more about the report and the so-called “economic halo effect” here.