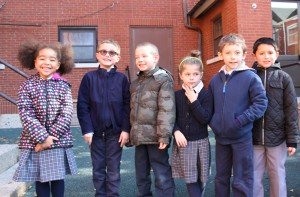 Most of us manage family budgets with far fewer zeroes than the Pennsylvania state budget, which measures its expenses in the billions. State Education spending alone subsidizes $12 billion in public school expenses annually.  That is a 12 plus nine zeroes! And Pennsylvanians pay many billions more annually in local taxes to support public schools.

We can try to visualize these numbers by looking at a spreadsheet. Revenues are tallied on one side and expenses listed on the other. We can count the zeroes with our own eyes. Government budgets are a matter of public record, and public school subsidies make up 40 percent of the entire state budget. You can see for yourself what your school district spends to educate the children in your community on a newly launched website, Pennsylvania School Performance Profile. The average cost per public school pupil is $14,924.08 per year.

What the spreadsheets don’t show, however, are tax dollars saved when expenses are forgone. The database does not account for the students who are educated outside of the public schools, like the over 150,000 students who attend Pennsylvania’s Catholic schools. Given the average per pupil price tag, our Catholic schools saved the taxpayers more than $2.28 billion this year alone.  Billions more in taxes were saved by the students in other nonpublic schools or those home-schooled.

Catholic schools play a vital role in our communities. The 500 Catholic schools in Pennsylvania have graduated millions of intelligent, successful and community-minded citizens.  Catholic high schools boast nearly 100% graduation rates, with over 90% of those graduates going on to college or university. Our schools also employ over 10,000 teachers and staff, providing important jobs in the Commonwealth.

Catholic schools are providing an essential service that helps to create new generations of productive and engaged citizens, often for a fraction of the cost of educating the same student in a public school. If every nonpublic school student returned to public school, the costs would be unbearable.

Education is a matter of common good. Catholic teaching affirms that all people “have an inalienable right to an education … True education aims at the formation of the human person in the pursuit of his ultimate end and of the good of the societies of which, as man, he is a member, and in whose obligations, as an adult, he will share.” (Gravissimum Educationis, No. 1)

Morally, parents are the primary and principal educators of their children. For most families, to fulfill their primary duty of imparting education they need help from the community, be it from the Church, the state, or resources used at home.

As Pennsylvania debates how to maintain and support an educational system for its youngest citizens, we should consider all the valid and appropriate choices that each family makes about school. Instead of seeing zeroes at the end of big numbers, we should visualize the smiling faces of boys and girls eager to learn.