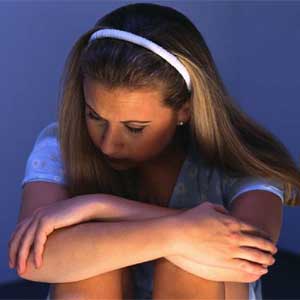 Every year the Pennsylvania Department of Health releases the latest state abortion statistics.  Everyone waits to see if the numbers go up or down.  In 2008, there were 38,807 abortions in Pennsylvania, an increase of 2,144 (5.8%) from 2007.  Disappointing; but overall, that is 41 percent less than the record of 65,777 abortions in 1980, the most ever recorded.

Both opponents and supporters of abortion will focus on the change – where to give credit or place blame.   These are important questions; but a more significant question is why did Pennsylvania women feel they had no choice but to terminate their pregnancies nearly 39,000 times?

The Guttmacher Institute is a research agency that grew out of a division of Planned Parenthood.  In a 2005 study, Guttmacher asked women why they chose abortion.  The reasons most frequently cited were a child would interfere with a woman’s education, work or ability to care for dependents (74%); she could not afford a baby (73%); and she did not want to be a single mother or was having relationship problems (48%).

The Guttmacher Institute concludes, “The decision to have an abortion is typically motivated by multiple, diverse and interrelated reasons. The themes of responsibility to others and resource limitations, such as financial constraints and lack of partner support, recurred throughout the study.”

Also in 2008, Real Alternatives, administrator of a government-funded alternative to abortion services program reported that its pro-life social service agencies, pregnancy support centers, maternity homes, and adoption agencies that provide counseling and material assistance served a record 20,478 women.  This was nearly an eight percent increase from the year before.

Moyer says it is common for women to express concern about finishing school or having enough resources to support a child.  They feel backed against a wall with no escape.  She counsels women to look at the whole situation beyond themselves.  Morningstar exists to give them hope.

Often clients are surprised to discover a support network they did not know they had.  Many times a grandmother or the parents of the baby’s father or others are very willing to help. Sometimes women find a supportive “family” in the staff and residents at one of Real Alternatives’ maternity homes.

Adoption is also an important part of the discussion with clients.  The women often do not know how it works or what to expect.  They do not realize that is one of their choices.

Abortion is discussed, too.  Moyer says clients do not always understand what happens when an abortion is performed.  They are genuinely surprised at the harsh, life-ending reality of abortion.  Knowing the truth about abortion often helps women see the seriousness of their situation more clearly.

The115 facilities funded by Real Alternatives statewide allow thousands of women to chose life and finish school or keep their jobs.  Clients are finding the means to support a baby, or mustering the courage to allow him or her to be adopted into a loving family who can.  They offer gentle counsel to help women realize that there are other choices outside of abortion. One of these centers is within an hour’s drive of every woman in Pennsylvania. (Call toll-free 1-888-LIFE-AID or visit www.realalternatives.org for locations.)

As a pro-life community, we must continue asking the tough question – why do women choose abortion?  We should also ask are we doing all that we can to make it known that abortion does not have to be the only response to an unexpected pregnancy?

The state funding for Real Alternatives was reduced to $5.65 million in 2009-2010.  The state legislature will soon begin deliberations on the 2010-2011 state budget.  Visit, call, fax, write or send an e-mail to your representatives and senators urging them to support increased funding for alternatives to abortion services.  Contact information is available on the Pennsylvania Catholic Advocacy Network page at pacatholic.org.