Violence in Ukraine: Metropolitan Stefan’s Statement & A Prayer for Peace

by Blue
Archbishop Stefan Soroka, Ukraine, Ukrainian Archeparchy of Philadelphia, Violence in Ukraine
Comments are off 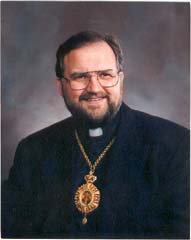 From Metropolitan Stefan Soroka of the Archeparchy of Philadelphia –

Throughout the world, people are watching in horror at the surreal scenes of violence and brutality on the streets of Kyiv and other cities throughout Ukraine.  The images of confrontation and killing, of widespread fires and billowing smoke against a darkened night sky, and the winter air punctuated by the staccato sounds of gunfire and explosive devices are seared in many of our hearts and minds.

During these troubled times, may we all be inspired with the words of the Psalmist:  “May the Lord give strength to His people; may the Lord bless His people with peace.” (Psalm 29:11).

As people of faith, it is times as these, when we raise our voices in prayer to Almighty God.  “May the Lord strengthen His people with courage and fortitude as they endure the suffering and mourn the loss of their loved ones.  May He strengthen His people inUkraine and guide them to a peaceful resolution of this conflict and open their minds to dialogue and reconciliation.  May they end the divisive violence and restore tranquility to their nation.”

As followers of Jesus Christ, all of us should reflect on the emphasis of Our Lord on peace in His teaching and in His actions.