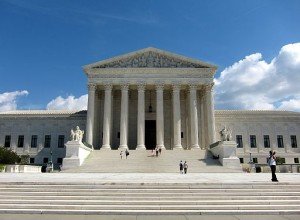 The General Counsel of the U.S. Conference of Catholic Bishops (USCCB) filed a brief amicus curiae, January 8, in the Zubik v. Burwell case now before the U.S. Supreme Court on the question of the contraceptive mandate of the U.S. Department of Health and Human Services. The brief argues that the government mandate that faith-based organizations facilitate payments for contraceptives and sterilization for their employees damages not only religious freedom, but society as a whole.

“If the petitioners abide by their religious beliefs, they face the loss of the ability to sponsor health coverage for their employees and millions of dollars in fines, threatening financial ruin.  No one benefits from such an outcome—not the organizations, their donors, their clients, or their employees,” wrote Anthony R. Picarello, Jeffrey Hunter Moon, Michael F. Moses and Hillary E. Byrnes of USCCB’s Office of General Counsel.

The brief also highlights the major contribution to the public good made by Catholic and other religious charities and social services, assisting millions of people every year. The brief was filed on behalf of USCCB and seven other Catholic and non-Catholic organizations: Association of Catholic Colleges and Universities; Catholic Relief Services; Family Research Council; Institutional Religious Freedom Alliance; The Cardinal Newman Society; Thomas More Society; and World Vision, Inc.

Full text of the brief is available online.