by Blue
Diocese of Erie, Diocese of Pittsburgh, HHS, Trautman, USCCB, Zubik
Comments are off 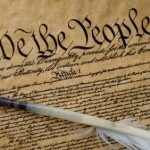 On Monday, May 21, the Diocese of Erie and the Diocese of Pittsburgh filed separate federal lawsuits challenging the constitutionality of the HHS mandate that would require nearly all religious organizations to cover abortion causing drugs, sterilization and contraception in health care plans.

Bishop Zubik of the Diocese of Pittsburgh wrote, “we did not pick this fight or this timing. This is the federal government’s choice to impose this on us now. Our goal in filing this lawsuit is to take this issue out of the political arena and turn it over to the courts where we are confident the Religious Freedom and the rights of the Church will be protected.”

Bishop Trautman of the Diocese of Erie wrote, “Clearly this [mandate] would prevent us from continuing the significant work we have accomplished in the almost 160 years during which we have served in the 13 counties of northwest Pennsylvania. As a matter of religious commitment, we serve everyone—whether or not they are Catholic.”

Bishop Trautman continued, “We’ve been seeking relief from this over-reaching mandate since we first learned of the possibility in 2010,” he said. “The regulation was proposed in August 2011 and finalized in February 2012. The White House has not budged on core issues and we’ve exhausted our other options including a bi-partisan legislative effort.”

Cardinal Dolan, the president of the United States Conference of Catholic Bishops, said “we have tried negotiation with the Administration and legislation with the Congress – and we’ll keep at it – but there’s still no fix. Time is running out, and our valuable ministries and fundamental rights hang in the balance, so we have to resort to the courts now.”

Click here to send a message to HHS and your elected officials in support of religious liberty.