The Real Criminals of Human Trafficking 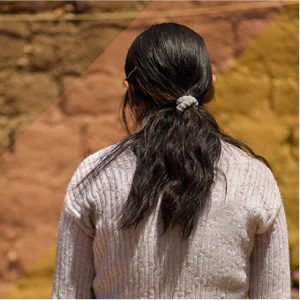 “Human trafficking is a crime against humanity. We must unite our efforts to free victims and stop this crime that’s become ever more aggressive, that threatens not just individuals, but the foundational values of society.” – Pope Francis

The Pennsylvania Senate Judiciary Committee took a strong stand in support of victims of human trafficking this week with a 14-0 vote on Senate Bill 554. The legislation would provide specialized services to victims of sex trafficking under the age of 18 instead of facing charges in the juvenile justice system. The bill would establish a statewide protocol to provide local services including safe and stable housing, access to education, employment and life-skills training, counseling, treatment for addictions, health care, and more. Rather than facing delinquency charges for prostitution, these children will get the help and support necessary to break free from enslavement.

Senators Stewart Greenleaf (R-Bucks, Montgomery) and Daylin Leach (D-Delaware, Montgomery), the prime sponsors of SB 554, wrote to their colleagues, “These children are victims, not criminals, and they deserve the protection of the child welfare system, not re-victimization and incarceration in the juvenile justice system. Not only is this the right thing to do by these exploited children, it is also the most effective way to help law enforcement target the traffickers and pimps who are the real criminals.”

Pope Francis believes, “Human trafficking is an open wound on the body of contemporary society, a scourge upon the body of Christ.” As Catholics, we believe in the dignity of every human life and vehemently oppose human trafficking and modern-day slavery as it contravenes basic human dignity. In addition to working to eradicate human trafficking, our nation should ensure that victims have the services and support they need to heal.

Urge your state Senator to support a better life for sex trafficking victims and vote YES on SB 554.