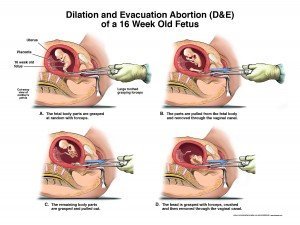 One Pennsylvania nurse told her legislator, “As a NICU [neonatal intensive care unit] nurse I can attest these babies do feel pain. This practice of abortion or any abortion is cruel, for the infant and mother. Please vote to ban this practice.  The mothers and infants of Pennsylvania deserve better.”

Dismemberment abortion, which ends the life of the unborn baby by tearing off one limb at a time and increases the risk of injury to the mother, is used in over 1,500 abortions in Pennsylvania each year.

Eighteen other states have banned late term abortions.  Even the lawyer for Kermit Gosnell, who ran the abortion clinic in Philadelphia that was called a “house of horrors,” admitted that Pennsylvania’s laws should be changed, “I’ve come out of this case realizing that 24 weeks is a bad determiner. It should be more like 16, 17 weeks. That would be a far better thing…”

House Bill 1948 could be voted on by the House at any time, but representatives need to hear from their constituents to urge them to take a vote. Join thousands of other Pennsylvanians in asking your legislator to take action today (click here).