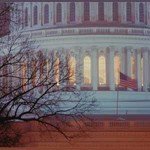 The U.S.  Senate’s 51-48 vote March 1 to table the bipartisan Respect for Rights of Conscience Act (S. 1467), sponsored by Senator Roy Blunt (R-MO) and 37 other senators, impels the Church to strengthen its resolve to support religious freedom. Both of Pennsylvania’s Senators Pat Toomey (R) and Bob Casey (D) voted in favor of the amendment.

“The need to defend citizens’ rights of conscience is the most critical issue before our country right now,” said Bishop William E. Lori of Bridgeport, Connecticut. Bishop Lori chairs the Ad Hoc Committee on Religious Liberty of the United States Conference of Catholic Bishops (USCCB). “We will continue our strong defense of conscience rights through all available legal means. Religious freedom is at the heart of democracy and rooted in the dignity of every human person. We will not rest until the protection of conscience rights is restored and the First Amendment is returned to its place of respect in the Bill of Rights.”

“I am grateful today to Senator Roy Blunt and the 47 other Senators who cast a bipartisan vote reaffirming our nation’s long tradition of respect for rights of conscience in health care,” said Bishop Lori. “We will build on this base of support as we pursue legislation in the House of Representatives, urge the Administration to change its course on this issue, and explore our legal rights under the Constitution and the Religious Freedom Restoration Act.”

Freedom of conscience has been in the forefront since the Obama Administration issued a regulation under the Patient Protection and Affordable Care Act forcing most employers, including religious institutions, to provide coverage for sterilization and contraceptives, including abortion-inducing drugs, even when they violate church teaching.