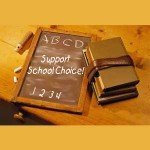 “Hurry up and wait.”

That is the sentiment of school choice supporters in Pennsylvania who are disappointed that the state legislature left for its summer recess on June 30 without passing school vouchers. Yet they are still hoping that legislators will soon respond to their pleas.

Advocates have been strongly promoting Senate Bill 1 – the Opportunity Scholarship and Educational Improvement Tax Credit (EITC) Act – since January; and more recently, they are also praising House Bill 1708 – the Students and Schools Rescue Act, a similar proposal in the House of Representatives.

Both bills aim to increase the Educational Improvement Tax Credit (EITC) program, making more scholarships available to qualified students. And both propose some kind of voucher program to help low-income families. Parents would be able to use the voucher to pay tuition at any school they choose – public or private.

In the last week of June, however, high level discussions about school vouchers took place between the Corbett Administration and legislative leaders. All expressed their support and commitment to passing school choice, but they opted to postpone the vote on legislation until the fall so they could have more time to agree on the details.

At a recent event, Ron Tomalis, Pennsylvania Secretary of Education, said the Administration would like to see a school choice plan as quickly as possible, “It’s the right time to have this talk. There’s a new generation of parents that their whole life has been about choice and now they’re going into a system that says this is your school, this is your curriculum, and this is your teacher. They’re not going to like that…We need to build in choice because it’s coming.”

When the legislature returns in September, they will negotiate details of school choice legislation concerning the scope and the implementation schedule of the voucher program. These key components are worth discussing and debating, but the need for action remains undiminished. Families need support for their educational choices as soon as possible.

Meanwhile, nonpublic school advocates are rejoicing with some good news – funding for the widely successful existing EITC program was restored to $75 million dollars. It had been cut to $60 million in 2009. Thousands of qualified students who attend Pennsylvania’s Catholic schools will once again have access to these scholarships.

“The Pennsylvania Catholic Conference (PCC) is disappointed that school vouchers didn’t pass before June 30, but this is not a defeat,” said Robert J. O’Hara, Jr., PCC Executive Director. “The EITC program was increased which shows that there is support for parental choice in education. Our efforts to expand that same choice to more parents with vouchers will continue over the summer.”

The PCC is encouraging those who care about the future of education in Pennsylvania to use the summer months to speak out on school choice. Together we can change the legislative sentiment to “hurry up and act now.”

Visit or call your legislators in their local district offices or send letters, faxes and e-mails urging their support for school choice. Take action by clicking “contact your legislators” at pacatholic.org/schoolchoice and join the chorus of thousands of supporters in the Advocates for Catholic Education in Pennsylvania network.

School choice is the right choice for Pennsylvania’s future. Join us. Be heard. Make a difference for Catholic education and for the children of Pennsylvania.