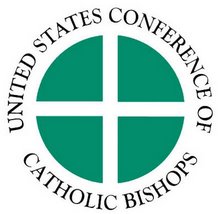 The United States Conference of Catholic Bishops researched the facts about the Planned Parenthood debate. Here is a fact sheet to help set the record straight. (Download a printable version here)

In 2015, a series of undercover videos showed officials of the Planned Parenthood Federation of America (PPFA) discussing how they perform abortions and traffic in the tissues and organs of abortion victims. The officials’ matter-of-fact comments on destroying unborn human life, and on altering abortion methods to obtain more “intact” organs, have led to a public debate on Planned Parenthood’s role as a “women’s health” organization receiving large government subsidies. Here are key facts.

1. PPFA is the largest abortion provider in the U.S.

In 2013, the last year reported, Planned Parenthood affiliates performed 327,653 abortions, both surgical and “medical” (using the abortion drug RU-486).[1] PPFA’s share of the abortion “market” has expanded steadily over the years: It performed one in five of all abortions in the United States in 2005, but now performs about one in three.

In 2010, PPFA announced that by 2013 every affiliate must have one or more clinics that perform abortions on-site. A few affiliates left PPFA rather than comply with the new abortion mandate.[2]

While PPFA says abortions make up 3% of its services, this is misleading. PPFA says it served 2.7 million patients (women and men) and performed 327,653 abortions, indicating that 12% of everyone entering a Planned Parenthood clinic receives an abortion. And PPFA provided only 18,684 “prenatal services” and 1,880 referrals for adoptions at other agencies. So 94% of its services for pregnant women are abortions, outnumbering other options 16 to 1.[3]

PPFA strongly supports the dangerous abortion drug RU-486, promoted its expedited approval by the FDA, and volunteered to conduct early U.S. trials. In early trials, young Californians Holly Patterson and Vivian Tran died from infections after RU-486 abortions at Planned Parenthood clinics.[4] In April 2011, the FDA reported 2,207 adverse events up to that time, including 14 deaths, 339 cases of blood loss requiring transfusions, and (in addition to deaths) 612 hospitalizations. [5] Actual figures are likely higher, as the FDA doesn’t mandate reporting by providers. PPFA clinics flout FDA protocols by, among other things, using RU-486 “off-label” for abortions up to 63 days after a woman’s last menstrual period (two weeks later than the FDA found safe). When Ohio passed a law requiring clinics to follow FDA guidelines, Planned Parenthood sued to tie up the law in court; public data later showed 42 botched RU-486 abortions in Ohio, including 35 women who had to return for a surgical abortion. [6]

PPFA has opposed, and filed suit against, reasonable and widely supported measures on abortion, even those protecting women’s health and informed decision making. These include:

6. Planned Parenthood doesn’t believe in a “right to choose” against abortion.

“Freedom of choice” does not apply to those who disagree with PPFA. It opposes laws recognizing conscience rights for doctors, nurses and health facilities with moral or religious objections to abortion, dismissively referring to conscience clauses as “refusal clauses.” [8] Planned Parenthood strongly supports U.S. funding of the U.N. Population Fund (UNFPA), and closely partners with that agency internationally despite its involvement in the Chinese population program using coerced abortion and involuntary sterilization. [9] Such coercion is recognized internationally as a crime against women. [10] PPFA also opposes conscience rights for pharmacists who object to providing “emergency contraception” drugs due to their abortifacient potential, and thinks even religious orders like the Little Sisters of the Poor should be forced to include these in their health plans. [11]

7. Planned Parenthood is not “pro-choice” for women.

In light of the failure of contraceptive programs to reduce unintended pregnancies or abortions, Planned Parenthood has increasingly promoted “LARCs” (long-acting reversible contraceptives) – implantables, injectables, and intrauterine devices – that can sterilize women for months or years at a time. [12] Most women have rejected these methods in the past due to their inflexibility and side effects. [13] But supporters favor them because they are “independent from… user motivation and adherence” [14] – that is, they disregard a woman’s own changing reproductive goals, and cannot be discontinued without medical assistance. PPFA has even abandoned “pro-choice” as a slogan — insisting instead that contraception and abortion are basic “health care” that all women need access to (whether women ask for that or not). [15]

8. Planned Parenthood’s role in serving women’s health is compromised at best, and is better taken over by others.

Planned Parenthood’s supporters cite its “cervical and breast cancer screenings” [16] — but its heavily promoted contraceptive services, over a third of all PPFA’s activity, is associated with an increased risk of breast and cervical cancer. [17] Planned Parenthood’s “screening” for breast cancer is a preliminary screen that a woman can do for herself – it offers no mammograms or biopsies. [18] PPFA emphasizes its testing and treatment of sexually transmitted diseases [19] – but it heavily promotes contraceptive methods that may increase women’s risk of contracting STDs, including AIDS. [20] Women’s comprehensive health needs are much better served by community health centers and other federally qualified health centers, which serve 22 million patients in both urban and rural areas and outnumber Planned Parenthood clinics 13 to 1 (9,170 to 700). [21]

PPFA promotes over-the-counter sales of high-dose “emergency contraceptive” (EC) pills, even to minors below the age of 15, although lower-dose birth control pills require a prescription due to health risks. [23] Planned Parenthood’s claim that programs boosting access to ECs would reduce unintended pregnancies and abortions has been rebutted by numerous studies. [24]

11. Planned Parenthood has promoted abortions worldwide, even where it is illegal.

PPFA exports its ideology to developing nations, promoting abortion as family planning. As long ago as 1983, the then-current president of PPFA co-authored and signed a notorious International Planned Parenthood Federation (IPPF) declaration urging affiliates to violate their own countries’ laws and perform illegal abortions: “Family Planning Associations and other non-governmental organizations should not use the absence of a law or the existence of an unfavourable law as an excuse for inaction; action outside the law, and even in violation of it, is part of the process of stimulating change.”[25]

Take a stand! Click here to send a message to our U.S. Senators and state elected officials to also take a stand in support of life.