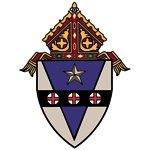 From CatholicPhilly.com, By Matthew Gambino

The Archdiocese of Philadelphia and its Catholic Charities affiliates sued three agencies of the U.S. federal government Monday, June 2, seeking relief from the so-called “HHS mandate.”

The regulations of the health care reform law require all organizations that provide employees with health care coverage to also include contraception, sterilization procedures and potentially abortion-causing drugs, all of which violate Catholic Church teaching on the sanctity of human life.

The suit against the U.S. Department of Health and Human Services, Department of Labor and Department of the Treasury – all of which have issued similar regulations under the Patient Protection and Affordable Care Act of 2010 – was filed by the law firm Conrad O’Brien on behalf of the archdiocese in the U.S. District Court for the Eastern District of Pennsylvania, in Philadelphia.

In a statement June 3, the archdiocese said its suit was “grounded on the Religious Freedom Restoration Act and the First Amendment” of the Constitution, and  it asked the court “to block enforcement of portions of the Affordable Care Act (ACA) that force religious employers to provide contraceptive services that violate Catholic belief.”

The Philadelphia Archdiocese qualifies as a religious employer so it enjoys an exemption to provide contraceptive services. But Catholic Charities, and the 16 social service and health care agencies that comprise it, does not qualify.

The filing of the archdiocese’s law suit “disputes the government’s power to order Catholic entities to offer or cooperate in such services,” the statement read.

The mandate therefore puts Catholic Charities, the archdiocese and other dioceses that have filed similar law suits between the proverbial rock and a hard place: Catholic organizations can sign a form stating that a third-party provider will offer the objectionable services but the organizations will still pay indirectly for services that are contrary to Catholic teaching, or refuse to sign and be subject to fines of $100 per each beneficiary for each day of non-compliance.

With 1,600 subscribers in the archdiocesan health care plan, Catholic Charities’ fines would amount to $160,000 per day. In only six months, the fines would reach nearly $1 million.

The potential financial duress would also begin quite soon. The mandate would normally begin to take effect when the health care plan reached its renewal date. In the archdiocese’s case, that is July 1 – less than four weeks away, and thus the urgency for seeking relief from the mandate.

Joseph J. Sweeney Jr., secretary for Catholic Human Services and head of Catholic Charities in the archdiocese, stated in the court filing that four options are open to the archdiocese, all of which he called “intolerable:”

• “Sponsor a group health plan that provides coverage for contraceptive services” (in violation of church teaching);

• “Sponsor a group health plan that excludes coverage for contraceptive services but subjects the archdiocese affiliates (the agencies of Catholic Charities) to onerous fines;”

• “Expel the archdiocese affiliates from the (archdiocese’s health) plan;”

• “Do not sponsor a group health plan at all.”

Sweeney suggested the latter point would be inconsistent with Catholic teaching on the right of basic health care for its employees.

“None of these options is morally acceptable to the archdiocese,” he said, “and each substantially burdens its religious exercise.”

The U.S. Catholic bishops have for many years supported health care reform so that health benefits might be extended to all Americans. But the bishops have also vigorously opposed the HHS mandate on the grounds that it restricts religious freedom.

With its law suit, the archdiocese becomes the 50th non-profit organization – including 17 individual dioceses and archdioceses – to file suit seeking an injunction on the regulations, according to the Becket Fund for Religious Liberty, which was not involved in the suit’s filing.

The Diocese of Greensburg and Bishop Lawrence E. Brandt, in southwestern Pennsylvania, also filed a similar suit May 27 in the federal court of the western district of the state.

That court recently granted an injunction to the dioceses of Pittsburgh and Erie.

In Harrisburg the Pennsylvania Catholic Conference, public policy arm of the state’s Catholic bishops, urged Catholics and others to send a message to the president and Congress in support of religious liberty, here.

This article originally appeared on CatholicPhilly.com