by Hill
administrative board, Bishop McFadden, Diocese of Harrisburg, pcc
Comments are off 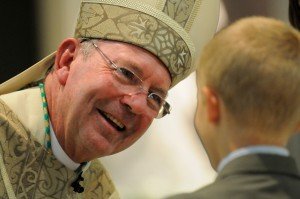 Upon his installation as the 10th Bishop of Harrisburg, Bishop Joseph P. McFadden assumes the role of president of the Pennsylvania Catholic Conference Administrative Board.

The PCC Administrative Board, which is composed of both clergy and laity, meets three times a year to conduct the affairs of the Conference by ratifying public policy positions within the guidelines set by the Board of Governors and offering guidance to the Pennsylvania Catholic Conference staff.