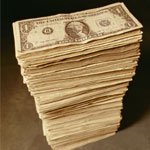 June 30 is a big day in Harrisburg. It is the constitutionally prescribed deadline for the General Assembly to approve a spending plan for the upcoming fiscal year.

Governor Tom Corbett signed the 2013-2014 budget with two hours to spare (read more about the governor’s highlights here). The nearly $29 billion budget includes no tax increases for Pennsylvania’s working families. It holds the line on spending for most programs, but increases a few worthwhile line items. Before the celebration of an on-time budget can begin, the legislature has some related unfinished business to complete before they can adjourn for the summer. Bills such as the Tax Code and the Welfare Code must be passed independently so the funding allocated in the budget bill can be properly dispersed to specific programs. These bills, among others, will be debated this week.

Pennsylvania’s Children’s Health Insurance Program (CHIP) provides medical coverage for children and teens whose parents do not have coverage for their kids for one reason or another. The state budget includes $455 million for CHIP. This is good news for more than 200,000 children who can now receive insurance coverage.

Programs to benefit older Pennsylvanians will increase $50 million, including an expansion of financial assistance for prescription drugs and funding to provide services to hundreds waiting for home and community-based health care services.

Non-public schools like our Catholic schools cannot receive direct funding from the state; however there are a few line items that benefit our students directly. Non-public school students have the right to ride the bus to school. The state reimburses a portion of the allocation for their local school districts for the service. It is based on the number of students who qualify for transportation. This year’s funding is the same as last year’s. Similarly, funding for programs that provide services, learning materials and textbooks to non-public school students through the Intermediate Units also remain the same. Disproportionately, the public school subsidy increased by 2.2%.

Real Alternatives, a program that helps women choose an alternative to abortion, received an increase of $500,000. This will assist several hundred more women to choose life for their babies.

The Human Development Block Grant program that helps to fill in many gaps in meeting many local human services needs received level-funding, but programs to help people with intellectual and physical disabilities increased $40 million.

What is yet undone?

At this time, the legislature declined to expand Medicaid eligibility and did not move on a bill to reauthorize the CHIP program. It is possible these issues will be considered again in the fall.

Funding for the Educational Improvement Tax Credit (EITC) and Opportunity Scholarship Tax Credit (OSTC) programs is connected to the Pennsylvania Tax Code bill which has yet to be considered. There is a slight chance that the funding for the EITC will increase, but it will not go forward until the code bill is approved. This should be resolved before the legislature breaks for the summer.

The budget is an extensive and complicated document. PCC staff will review the line items of concern. More details about how the budget funding will affect Catholic issues of concern will be posted to pacatholic.org as they are available.