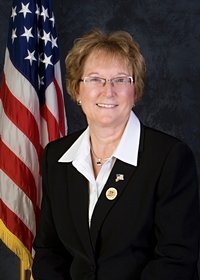 The resolution resolved, “That the House of Representatives condemn the global persecution of Christians and call on world leaders to implement policies that protect the religious liberty of Christians and all other faiths within their borders.”

The resolution’s sponsor, Representative Kathy Rapp (R-Warren, Crawford, Forest) said in her floor remarks, “We must speak out against this barbaric behavior. Our Founder William Penn, himself, was imprisoned several times for his faith. He was a leading defender in his time of religious freedom…Please join me in speaking up at this, our upcoming holiest day on the Christian calendar, rather than remaining silent whenever and wherever these unconscionable atrocities involving people practicing their religious faith are taking place by supporting HR 182.”