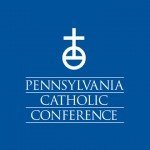 The Catholic Bishops of Pennsylvania have called for Friday, March 30, 2012, to be a day of prayer, fasting and abstinence for religious liberty.

Click here to send a message in support of religious liberty.

Below is their letter to the faithful:

Brothers and Sisters in Christ,

The assault by the federal government on constitutionally guaranteed religious liberty continues.  Our concern and alarm flows from a mandate of the Department of Health and Human Services (HHS) which punishes the Church for its firmly held beliefs and consistent teaching. This mandate – published in the federal register without change, despite claims of “accommodations” – would force Catholic employers to pay for abortion-causing drugs, sterilization and contraception.

Some falsely suggest that the HHS mandate is about contraception. This is primarily about religious liberty and our First Amendment rights to the free exercise of our religion. Make no mistake about it – this government mandate is a step which will inevitably lead to other mandates that continue to strike at the heart of our Faith and the constitutional liberties we have been guaranteed.  The mandate cannot stand – it must not stand!

This same mandate also, alarmingly, purports to tell churches what type of activities the government thinks are religious.  Catholic schools, hospitals, nursing homes and Catholic charities do not qualify for a religious exemption.  Why?  Because they serve non-Catholics.  Under the government’s view, Jesus and his disciples would have been deemed not religious enough. We have entered dangerous territory – the government is defining religion and limiting its practice. This is an unprecedented and gross infringement on our religious freedom.  We did not pick this fight, but neither will we run from it.

Religious liberty does not belong to the Democrats or Republicans, it belongs to all Americans.  Long before these mandates were issued, the bishops in the United States worked for health care reform and universal coverage that respects all human life from conception to natural death and includes language to protect religious conscience and practice of all citizens.  Our fervent entreaties were answered with promises that we had nothing to fear.  We cannot now sit idly by and let this happen.  We cannot, as a Church, be silent because some have sought to politicize our plight. Please visit pacatholic.org to send a message to your legislators in support of conscience rights.  Our voices and yours must be heard.  The mandate must be rescinded.  Our freedom and liberty must be preserved.  And in this effort, we must remain steadfast.

Throughout history, Catholics in times of need have turned to God through prayer and fasting, as these practices allow us to grow closer to the Lord, inspire us to do His will and invoke His protection in answer to our prayers. During the Fridays of Lent, the faithful are obliged to abstain from eating meat. On Ash Wednesday and Good Friday, Catholics are also asked to fast – eating only one full meal, and, if necessary, two much smaller meals – to aid our spiritual life. Recognizing the efficacy of prayer and fasting as well as the challenges we face in overcoming the recent attack on our religious freedom, we, the Bishops of Pennsylvania, request that all Catholics dedicate the regular Lenten Friday practice of prayer and abstinence as well as the additional practice of fasting on Friday, March 30, to the preservation of religious liberty.  On that day, offer your sacrifice for the cause of religious liberty, that the Church may be granted the basic right to practice what she preaches, and for our political leaders, that their eyes may be opened to the rights of all Americans, including those of faith. We will join with the over 3 million Catholics in Pennsylvania to mark this day of prayer, fasting and abstinence for religious liberty.

As we continue on our Lenten journey, we know the Lord walks with us during times of trial and concern.  Let us do all that we are able – prayer, fasting, abstinence and the exercise of faithful citizenship – to uphold the freedoms of Christ’s Church and to grow closer to Him.

Here is a printable version of the Pennsylvania Bishops’ Letter on Religious Liberty.

Here is a printable version of the Pennsylvania Bishops’ Letter on Religious Liberty En Español.