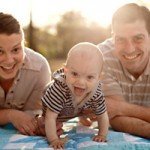 In a statement to mark Respect Life Month, October 2010, Cardinal Daniel DiNardo of Galveston-Houston addressed direct threats to human life and called Catholics to “constantly witness to the inestimable worth and dignity of each human life through a loving concern for the good of others.” He also encouraged participation in the worldwide “Vigil for All Nascent Human Life” called for by Pope Benedict XVI at the start of Advent.

In his statement, Cardinal DiNardo noted populations particularly at risk: millions of unborn children in the womb, embryonic human beings destroyed “in the name of science,” and seriously ill patients “under threat from a renewed campaign for legalizing physician-assisted suicide.”

“The loss of even one child, and the pain experienced by the child’s mother and father in the aftermath of abortion, should impel us to redouble our efforts to end legal abortion,” Cardinal DiNardo said. He stressed the need “to ensure that every pregnant woman has whatever help she needs to turn away from this heartbreaking choice.” He highlighted Project Rachel, the Church’s healing ministry to women and men hurting after abortion, and called the ministry “a reflection of God’s love and mercy and His constant offer of forgiveness and healing.”

Cardinal DiNardo also noted the “urgent task” of “ensuring that health care reform … is not misused to promote abortion or to trample on the rights of conscience.”

“If we allow the dignity of every human life to guide the decisions we make as voters and public policy advocates, we can surely succeed in creating a more just and humane society,” Cardinal DiNardo said.

Cardinal DiNardo cited Pope Benedict’s “unprecedented request” for Catholics throughout the world to observe a “Vigil for All Nascent Human Life” on Saturday, November 27.

“I heartily encourage all Catholics, whether at home or traveling over the Thanksgiving holidays, to take part in this special prayer, whose purpose according to the Holy See,” he said, “is to ‘thank the Lord for his total self-giving to the world and for his Incarnation which gave every human life its real worth and dignity,’ and to ‘invoke the Lord’s protection over every human being called into existence’.”

Begun in 1972, the Respect Life Program stresses the value and dignity of human life. It is observed in the 195 Catholic dioceses in the United States. This year’s theme is “The Measure of Love is to Love Without Measure.” The full statement follows and may be found online at www.usccb.org/prolife/programs/rlp/10dinardo-stmt.pdf.