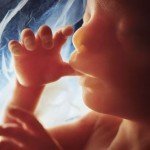 “Safe, Legal and Rare” is a common refrain of abortion supporters.

However, a legal late-term procedure known as “dismemberment abortion” carries significant risk to the health of the mother and requires the baby’s limbs to be torn from his or her body. This results in an increased risk of infection and laceration for the mother. But it is still legal in Pennsylvania.

Obviously the procedure is lethal to the unborn baby as well. Medical research shows that babies feel pain and can live outside the womb at 20 weeks, yet the dismemberment abortion is allowed in Pennsylvania until 24 weeks, or about 6 months gestation.

Would you be surprised to find out that only 7 countries allow elective late term abortions, and in addition to North Korea and China, the U.S. is one of them?

Even though survey after survey shows that Americans want to limit late-term abortions, here in Pennsylvania babies can be aborted until six months gestation.

It’s time to update PA’s laws to be in line with the will of most Americans as well as medical advancements that reveal the baby’s ability to feel pain and live outside the womb. And we should continue to work to support women and men who are faced with unplanned pregnancies, so that they don’t feel abortion is their only option.

Click here to send a message to your elected officials today asking them to ban all dismemberment abortions in Pennsylvania as well as all abortions after 20 weeks, when the baby can feel pain and risks to the health of the mother increase significantly.