Murder of an Unborn Child

by Blue
culture of life, House Bill 1799, murder of an unborn child, pro-life
Comments are off 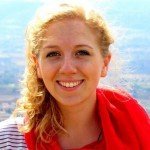 When a pregnant woman is killed, society mourns a double tragedy because two lives are taken.

Fetal homicide laws in 38 states recognize that a child in the womb is worthy of protection, and assert that those who kill an unborn child should be prosecuted as murderers.

Cases of fetal homicide are not as rare as many would like to believe.  There have even been heartbreaking instances rather recently here in Pennsylvania.

Pennsylvania House Bill 1799, sponsored by state Representative Marcia Hahn (R – Northampton), would aim to strengthen these homicide laws, making those who have committed fetal homicide serve a life sentence for the life they have taken.  This would bring the sentencing for the death of the child in line with that of the death of the mother.

As Catholics, we are called to protect life at all stages.  Pope Francis says, “One of the serious problems of our time is clearly the changed relationship with respect to life.  A widespread and insensitive mentality has led to the loss of the proper personal and social sensitivity to welcome new life.”

This mentality has led Americans to believe a contradiction: while fetal homicide laws acknowledge life in the womb, abortion is still legal in all 50 states.

How can laws claim that killing an unborn child through abortion is acceptable, but killing an unborn child by any other means is an atrocity?  How can we view the child as just a clump of cells in one instance, but a human being in the other?  In both situations, the life of a human person is deliberately ended.  There is clearly an illogical dichotomy in the law.

By supporting House Bill 1799, we are recognizing that life in utero deserves protection. This bill is a brick in a foundation that recognizes the humanity of the unborn.  It has already passed overwhelmingly in the House and now faces the Senate.  Please urge your senators to support House Bill 1799 and protect life in the womb.

By Jennifer Southerton, PCC Intern and Student at DeSales University