Maybe the cure is the problem

by Hill
conscience, religious freedom, Religious Liberty
Comments are off 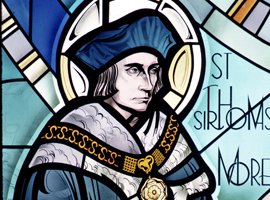 The following is an article by Aaron Matthew Weldon that appeared as the May 25, 2017, entry on “God’s Servant First: A USCCB Religious Freedom Blog.”

American culture today is highly individualistic.  Many of us make major life decisions on our own, we move from place to place, or we make frequent changes in employment.

My wife and I have made three major moves in the relatively short span in which we have been married.  Each time, the first thing we wanted to do was “get settled”—that is, get involved in a church, make friends, and start working.

I suspect many people are like me in that they feel vulnerable when it seems like they must make it in the world alone.  We want to belong.  We want to belong to a church, a community group, a service organization, or some other group.

The basic human need to belong entails a need for a healthy pluralism; a healthy pluralism means, among other things, that organizations are free to order themselves in accordance with the purposes of the group, including religious purposes.

For example, in a pluralistic society, a religious organization is free to hire only people who support the mission of the organization.  In this sense, religious freedom helps foster a healthy pluralism by maintaining space for religious institutions to purse their unique missions.

Yet authentic pluralism, understandably, may look frightening to the isolated individual.  What if I cannot get involved with a particular student group on campus?  What if I don’t fit into that club?  What if I disagree with the goals of a potential employer?  The fear of exclusion results in praise for institutions to the extent that they are “inclusive,” and punishment to the extent that they appear to be “exclusionary,” which is sometimes further maligned as “discriminatory.”

This attitude has real consequences.  For example, on many college campuses, Christian groups have been forced to adopt “all-comers” policies.  Some colleges require that any student have the right to be a leader for any student group.  This may sound appealing on first blush, but it means that an atheist could lead a Bible study, a climate change denier could lead the environmental club, or a Republican could lead the College Democrats.

A false sense of “inclusivity” ends up meaning that organizations and clubs cannot really have a distinct purpose or mission.  Having mission-based policies would mean that the group must order itself both to support and to avoid subverting that mission; and that means excluding those who would subvert it or not support it strongly enough.  This exclusion is then called “discrimination.”

But if the group cannot order itself, there is nothing distinctive about it, and thus it cannot give the individual person the sense of belonging and opportunity for fulfillment that she is seeking.  The cure for exclusion ends up excluding anyone from belonging anywhere.  This reinforces the individualistic culture that causes people to feel so vulnerable in the first place.

Healthy pluralism is difficult.  The erosion of religious freedom makes authentic pluralism even more difficult. Without a healthy pluralism—that is, without the space for a variety of organizations and groups to thrive—human flourishing is diminished.

The desire to remove entry barriers to the groups that make up civil society is understandable.  We want everyone to belong somewhere; but we shouldn’t shoehorn everyone into belonging everywhere.  When the removal of barriers bleaches out distinctiveness and weakens mission—including religious mission—we undercut the goal of building a truly inclusive society.