Join Day of Prayer and Fasting for Syria on September 7 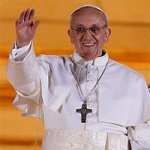 This invitation comes straight from the Holy Father and Cardinal Dolan:

Pope Francis has called for a Day of Fasting and Prayer for Peace in Syria, the Middle East, and the world to be held on September 7, 2013, the vigil of the birth of Mary, Queen of Peace. The Holy Father reminds us that “peace is a precious gift, which must be promoted and protected” and that “all men and women of good will are bound by the task of pursuing peace.”

We are anguished by the terrible suffering of the Syrian people and again affirm the need for dialogue and negotiation to resolve this conflict that has wrought so much devastation. The use of chemical weapons is particularly abhorrent and we urgently pray for the victims of such atrocities and for their loved ones.  And we applaud the work done by those bringing humanitarian aid to people affected by this crisis and pray for their efforts to ease the suffering of our brothers and sisters.

As our nation’s leaders contemplate military action, it is particularly appropriate and urgent that we in the United States embrace the Holy Father’s call to pray and fast on September 7 for a peaceful end to the conflict in Syria and to violent conflicts everywhere. Pope Francis has exhorted “the international community to make every effort to promote clear proposals for peace, …a peace based on dialogue and negotiation, for the good of the entire Syrian people.”

Last Friday, our Conference of Bishops reaffirmed an earlier message of the Holy Father “that the path of dialogue and negotiation between all components of Syrian society, with the support of the international community, is the only option to put an end to the conflict.”  We urged “the United States to work with other governments to obtain a ceasefire, initiate serious negotiations, provide impartial and neutral humanitarian assistance, and encourage building an inclusive society in Syria that protects the rights of all its citizens, including Christians and other minorities.”

We ask all U.S. Catholics and people of goodwill to join us in witnessing to the hope we have in our hearts for peace for the Syrian people. May our prayers, fasting, and advocacy move our nation to promote a peaceful resolution of the conflict in Syria.  And may Mary, Queen of Peace, pray for us and the people of Syria.