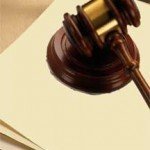 In a unanimous decision, the Iowa Supreme Court today held that Iowa’s defense of marriage statute limiting civil marriage to a union between a man and a woman violates the Iowa Constitution.

The decision effectively legalizes gay marriage in that state.

The opinion summary of the case concluded that, “The Iowa Supreme Court has the responsibility to determine if a law enacted by the legislative branch and enforced by the executive branch violates the Iowa Constitution. The court reaffirmed that a statute inconsistent with the Iowa Constitution must be declared void, even though it may be supported by strong and deep-seated traditional beliefs and popular opinion.”

Pennsylvania’s Defense of Marriage Act is similar to Iowa’s. The Pennsylvania Catholic Conference (PCC) along with the coalition partners of Pennsylvania For Marriage strongly advocates passage of a state constitutional marriage protection amendment.