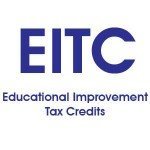 Pennsylvania’s 2009 state budget impasse is over; the result is good news and bad news for the Educational Improvement Tax Credit (EITC) program.

Senator Piccola has always been a stalwart supporter of EITC. “This is a significant and much needed component to the program considering (these) families often pay significant costs to ensure their child’s educational needs are met,” said Piccola. “This change to the program will give even more parents and children the economic means to make these same choices.”

“I think the changes we made this year (to EITC) make a good thing even better,” said Representative McCall, another long-time supporter of EITC. “Expanding these income limits and changing these allowances will allow more families to take part in the program and make a substantial difference for families with special-needs students. Even in this tough financial year the legislature saw the value of EITC, and hopefully we’ve positioned ourselves – and parents statewide – to take advantage of EITC for years to come.”

The PCC extends special thanks to all who supported these welcome changes to EITC.

Now, the bad news. Despite the success of this popular program and the best efforts of supporters, EITC suffered a $15 million cut. Next year, it is proposed to be cut by $10 million more. Less money for tax credits means less available scholarships. Many families will have to sacrifice even more so their children can remain in the school that best meets their needs. This is a disappointing blow to nonpublic school students and their families at a time when state budget expenditures for public schools increased substantially.

Economic indicators point to another difficult budget year in 2010, but additional cuts to EITC do not have to be the outcome. Outspoken grassroots support for public policy programs like EITC can change the course of the debate. The PCC invites all concerned citizens to get involved with the Advocates for Catholic Education (ACE-PA) network. Anyone can help regardless of time constraints; a computer and an email address are all that is necessary.

ACE-PA members will be updated on important news about EITC and other Catholic education issues. The network will be alerted when the time comes to contact state legislators about education issues. Volunteer advocates will be called upon to spread the news within the school community and beyond.

Anyone interested in getting involved should contact their diocesan ACE-PA coordinator or Sean McAleer at smcaleer@pacatholic.org or 717-238-9613 to sign up for the Advocates for Catholic Education network.

EITC is valuable to Pennsylvania families; it is critical for us to take action to defend it. The bad news: in tough economic times success will mean a lot of hard work. The good news: together we can restore EITC to a level that supports the educational opportunities deserved by every Pennsylvania student.