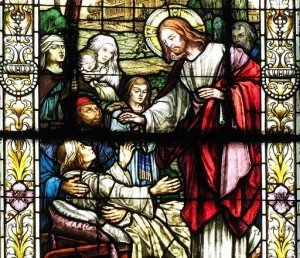 In his recent address in Philadelphia. . . , Pope Francis noted that “various forms of modern tyranny seek to suppress religious freedom, or […] try to reduce it to a subculture without right to a voice in the public square.”  Powerful political and cultural leaders often do not oppose religious freedom outright.  Rather, they seek to relegate religion to a private sphere.  They claim that religious freedom permits us to worship, but people of faith must shed their religious convictions when they leave the sanctuary and serve the public.  This is a severely restrictive understanding of freedom.

The false notion of religion as a purely private affair has fueled a spate of threats to Catholic hospitals’ freedom to care for people according to the moral teaching of the Church.  In recent years, several Catholic healthcare entities and medical professionals have been punished by people who seek to require that they provide abortions and sterilizations.  The notion seems to be that religion (or, for that matter, morality) should not interfere with the practice of medicine.  It’s fine to have a little chapel and pictures of Jesus and Mary, but an increasingly influential segment of the population argues that Catholic hospitals and healthcare workers are no different from others. Opponents of truly Catholic healthcare demand that our faith not be reflected in how we practice medicine and serve others.

This argument from people who have never run healthcare entities is rather odd, since the Church invented the hospital. While clinics and early medical practices existed in the pre-Christian world, an institution dedicated to medicine and in-patient care developed from monasticism.  In the fourth century, St. Basil the Great took the institutionalized system of care that existed within the monastery and combined it with the public work of charity that lay Christians had been doing, and the hospital was born.  One great accomplishment of this institution was that persons previously thought to be untouchable, like lepers, were given care rather than treated as animals.  Illness was destigmatized.  Christian hospitals sought in tangible ways to promote human dignity, an effort which has been at the heart of the Gospel from the beginning.

Basil’s hospital was an institution dedicated to what Catholics call the corporal works of mercy, because in addition to providing care for the sick, it also cared for the elderly, the poor, migrants, and orphans. In her earliest days, the Church embraced the best medical practices of the day and performed charitable works out of fidelity to Jesus Christ, the Great Physician, who commands his followers to care for the vulnerable. Our Christian identity is not tangential to our healing ministries.  Discipleship to Jesus animates the whole healing enterprise.

Pope Francis has said, “Religious freedom certainly means the right to worship God, individually and in community, as our consciences dictate. But religious liberty, by its nature, transcends places of worship and the private sphere of individuals and families.”  The Holy Father has repeatedly reminded the public that religious freedom is not merely private. It is a freedom to serve in public, and indeed, in the healthcare setting, a freedom to care. Faith in the Lord who calls us to service forms the bedrock on which many of the Church’s greatest contributions to the world have been built.  We serve the poor, the vulnerable, and the sick because of our religion, not in spite of it.  We cannot compromise the principles on which our institutions are based.