by
conscience protection, HHS, PPACA, Religious Liberty
Comments are off 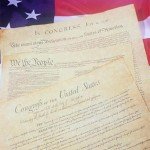 By now you’ve heard of the Department of Health and Human Service’s (HHS) religious liberty-violating mandate that employers must cover sterilization, abortion-causing drugs and contraception. The directive includes no real regard for religious beliefs or dictates of conscience, and will be applied to nearly all employers, including Catholic schools, hospitals and charities. The Obama Administration announced some adjustments in language; but these do not change the mandate nor do they address the valid concerns about religious liberty.

Do not be falsely led into believing that this edict is only about contraception – a teaching of the church that many Catholics admittedly may not fully understand or follow. The HHS mandate insidiously uses a tried and true tactic of targeting an unpopular position first in the effort to raze an entire principle.

The ultimate issue is one of religious liberty. The free exercise clause of the first amendment states that “Congress shall make no law respecting an establishment of religion, or prohibiting the free exercise thereof…” While paying for contraception and abortion-causing drugs is the issue today, if this ruling stands, we will most assuredly face more egregious violations in the future.  Regardless of whether the matter at hand is who pays for birth control or how we educate our children, if we permit our principles to be compromised, then we have succeeded only in revealing our willingness to capitulate the whole of our belief system.

Catholics are not the only religious group to disagree with this request to surrender our belief system. In late December, over 40 non-Catholic religious groups wrote to President Obama about the HHS mandate. In the letter they say, “We write to you specifically as organizations and leaders that are not part of the Catholic community.  We write not in opposition to Catholic leaders and organizations; rather, we write in solidarity, but separately—to stress that religious organizations and leaders of other faiths are also deeply troubled by and opposed to the mandate and the narrow exemption.”

Some of you may never have contacted your legislators on any public policy issue in the past – but now is the time to exercise faithful citizenship.  It is possible to correct this mandate through federal legislation called the Respect for Rights of Conscience Act (HR 1179/ S 1467).  This measure will ensure that those who participate in the national health care system “retain the right to provide, purchase, or enroll in health insurance coverage that is consistent with their religious beliefs and moral convictions.” Please visit here to contact your legislator, or call the Capitol switchboard at 202-224-3121.

Another possible course of action is litigation. The religious liberty-violating mandate and the narrow religious employer exemption are being challenged in court.

It is the hope of Catholics that these legislative or litigious corrections are reached quickly.  No matter the final outcome, we have each been told by the government that we are welcome to practice our faith on Sundays at Mass, but are no longer free to exercise our Catholic faith on the other side of the stained glass windows.