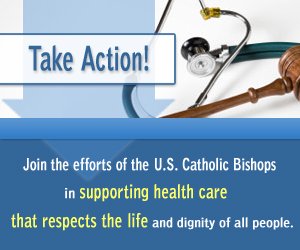 The United States Conference of Catholic Bishops urged the Senate to make essential changes its health reform bill in order to keep in place federal law on abortion funding and conscience protection on abortion, protect access to health care for immigrants and include strong provisions for adequate affordability.

The bishops called the Senate health care bill an “enormous disappointment” that creates new and unacceptable federal policy for funding and coverage of abortions, as well as rights of conscience. Bishop William Murphy, Cardinal Daniel DiNardo and Bishop John Wester voiced their wish for better health care reform legislation in a November 20 letter to the Senate. They chair the bishops’ Committees on Domestic Justice and Human Development, Pro-Life Activities and Migration, respectively.

The letter, which was accompanied with a fact sheet on the House Stupak-Pitts Amendment, urged Senators to improve the Senate health care bill in the key areas of affordability, immigration, federal funding and coverage of abortion and conscience rights.

According to the bishops, the bill “does not live up to President Obama’s commitment of barring the use of federal dollars for abortion and maintaining current conscience laws.” They cited an “abortion surcharge” that would force insurance purchasers to pay for other people’s abortions, provisions that would allow the HHS Secretary to mandate unlimited abortion coverage nationwide, and that the bill does not even allow for religious institutions to offer their own employees coverage that conforms to their institution’s teaching.

The bishops encouraged expanding Medicaid eligibility for those living at 133 percent or lower of the federal policy level. They also urged an end to the five-year ban on legal immigrants for accessing federal health benefits programs and said that undocumented persons should not be barred from purchasing insurance plans with their own money.

The text of the letter is also available in Spanish.

Contact your U.S. Senators and urge them to make essential changes its health reform bill in order to keep in place federal law on abortion funding and conscience protection on abortion, protect access to health care for immigrants and include strong provisions for adequate affordability.