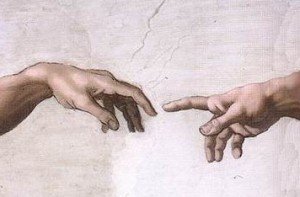 As we ring in the New Year, there is a reason for hope in Pennsylvania – the number of abortions in the state decreased seven percent. The year-end report shows nearly 2,500 fewer abortions occurred in 2013 than in 2012. The total of 32,108 is the lowest number on record to date.

There were also fewer live births in Pennsylvania in 2013, but the decrease was less than two percent. I wish statistics could prove that respect is growing for the dignity of human life in the womb; but numbers alone cannot explain the downward trend in abortions. We can see that more mothers are choosing life for their babies, but the statisticians did not ask them why. Even if they did, would the average person understand what human dignity means?

The dictionary defines dignity as a quality of being worthy of honor or respect. Being worthy means something is good and deserving respect, praise, or attention; having enough good qualities to be considered important or useful.

If you have ever watched proud grandparents meet their first grandchild, you have seen the kind of praise and attention, and indeed the dignity and respect that all human life deserves.

Respecting human dignity is an important precept of our Catholic faith. The Catechism of the Catholic Church says our dignity as human beings is rooted in our creation in the image and likeness of God. (CCC No. 1700)

“The Gospel of God’s love for man, the Gospel of the dignity of the person and the Gospel of life are a single and indivisible Gospel,” wrote Saint John Paul II in Evangelium Vitae. “In the life of man, God’s image shines forth anew and is again revealed in all its fullness at the coming of the Son of God in human flesh. ‘Christ is the image of the invisible God’ (Col 1:15), he ‘reflects the glory of God and bears the very stamp of his nature’ (Heb 1:3). He is the perfect image of the Father.”

The presence of human life makes visible the invisible reality of God’s Holy presence. Every child conceived reflects God’s infinite love, his perfect justice, and his boundless mercy. This is the foundation of our zeal for protecting human life from conception to natural death.

Catholic teaching affirms that every human being has inherent worth simply because they are human, regardless of their characteristics. The Church also affirms that human life begins at conception. The embryo is a new and unique life that must be recognized as a human being who possesses the rights and inherent dignity of a person. Most importantly, this developing human possesses the right to life. If God is worthy of our honor and respect and every human person is made in His image and likeness, then we all have His dignity, no exceptions.

Downward trends in abortion are a good sign. Maybe our culture is beginning to understand human dignity a bit more. Despite this encouraging decrease, the fact that the lives of over 32,000 babies were destroyed through abortion in 2013 reminds us that much prolife advocacy needs to be done. By the mercy of God and determination, perhaps one day we will ring in a New Year with a 100 percent decrease in abortions.