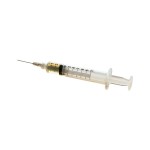 In Pennsylvania, even though hundreds of people have been sentenced to death, only three people – those who waived their right to appeal – have been executed since 1978 (the year the General Assembly reinstated the death penalty).  Further, the PA Supreme Court Committee on Racial and Gender bias found that racial, ethnic and gender bias “significantly affect the way parties, witnesses, litigants, lawyers, court employees and potential jurors are treated.” Today, 201 of the 205 people on death row are male, and 137 are Asian, African-American or Hispanic.

The Pennsylvania Senate, recognizing this disparity in convicts, commissioned a bipartisan task force and advisory committee to conduct a study of Pennsylvania’s death penalty.

Justice calls for punishment for crimes, but in America’s modern penal system, there are alternatives to killing – like life imprisonment – that would break the cycle of violence created by the death penalty.  The United States is the only country in the Western Hemisphere and the only G8 member country to carry out an execution in 2011.

Crimes that result in the death penalty are so horrific that they leave us outraged and vengeful. But revenge is not ours to take; the ultimate judgment on a person’s soul is God’s alone.  By abolishing the death penalty, Pennsylvania can recognize that every human – no matter how unimaginable the crime they’ve committed – has inherent dignity.

Pope John Paul II’s Evangelium Vitae reiterates this teaching in The Catechism of the Catholic Church, “If non-lethal means are sufficient to defend and protect people’s safety from the aggressor, authority will limit itself to such means, as these are more in keeping with the concrete conditions of the common good and more in conformity with the dignity of the human person. Today, in fact, as a consequence of the possibilities which the state has for effectively preventing crime, by rendering one who has committed an offense incapable of doing harm — without definitively taking away from him the possibility of redeeming himself – the cases in which the execution of the offender is an absolute necessity ‘are very rare, if not practically non-existent’” (Catechism, no. 2267; Evangelium Vitae, 56).

This bi-partisan commission will be made up of 30 members representing various groups including “representatives of the judiciary, prosecution, defense, law enforcement, corrections, victim assistance organizations, and also representatives of academia, the faith community, private and public organizations involved in criminal justice issues and other criminal justice experts.”

The commission will study several areas, including: cost, bias and unfairness, impact on and services for family members, mental retardation and illness, juries, appeals, clemency and more.  The findings and recommendations of the research – undertaken in conjunction with the Justice Center for Research of Penn State University and the Joint State Government Commission – will be presented in December 2013.

“The Lord God says, ‘I take no pleasure in the death of the wicked man, but rather in the wicked man’s conversion, that he may live.’”