Catching Up with Principal Doreen Dougherty of Holy Redeemer H.S. 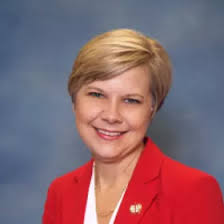 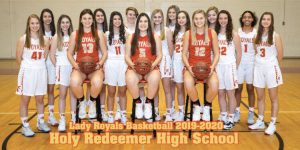 How are things going at Holy Redeemer High School in Wilkes Barre?

“So far, so good,” says Principal Doreen Dougherty. “Our biggest efforts were trying to mobilize through distance learning in a relatively quick time period.”

That happened in March when the Governor shut down schools across the state. Dougherty says they were fortunate that the Wednesday before the shutdown, they had an in-service day.

“Sort of seeing some of the potential for time-off, we took the opportunity that day to engage in some professional development with the faculty to make sure that they were readily able to upload distance learning and communicate with families. So by Thursday when we reconvened as a school community we really began to address the accessibility issues.”

Dougherty credited the Diocese of Scranton for blazing a trail toward STREAM education (Science, Technology, Religion, Engineering, Arts and Math) and easing the transition to on-line learning.

“We were already moving toward the one-on-one learning environment with devices available for our students. So our freshman and sophomores all had devices. Thursday we began interviewing students to make sure that our juniors and seniors had devices and had wireless accessibility.”

I talked with Dougherty about the morale of the students. Administrators of PA Catholic schools that I have talked with have kept up two-way communication with students and their families.

“Early on when we dismissed on March 13th, it felt a little like summer break,” she said. ‘There was some hooting and hollering down the halls. Students expected at that point to have a week off from school. Certainly, reality set in. I will say that for all the challenges that social media presents in society, it has been a godsend in keeping students connected and keeping families connected. Truly, it opened doors where we could not open doors for one another.”

Dougherty is not looking at a live graduation ceremony at this point but is planning  on a virtual event. She says there is the possibility then for a live gathering as a community somewhere down the road.