Archbishop Chaput on the Crisis in Ukraine 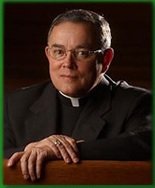 We belong to one Church – a family that spans continents and centuries, bound together by a common faith in Jesus Christ. In that spirit, today I ask all Catholics in the Greater Philadelphia region to pray urgently for the Church in Ukraine and to press our elected federal representatives for financial and travel restrictions on Ukraine’s political and business leaders.

Western Catholics remember the suffering of the Polish Church under Communism because of Pope John Paul II’s witness of resistance. Less well known, but even more brutal, was the half-century of Soviet persecution experienced by Ukrainian Greek Catholics, who make up the largest Eastern Catholic Church in the world.

After Communism’s collapse, life for the Church in Ukraine improved. But late last year Ukraine’s leaders shifted back toward the Russian orbit. They cracked down heavily on demonstrations and dissent, killing some protesters and arresting hundreds of others. Christians in Ukraine – Catholics, Orthodox and others — have not been silent. The Church’s people and leaders have played a major role in denouncing government violence, political repression and corruption. Ukrainian Catholic clergy have given vital pastoral care to those demonstrating for human rights and democratic principles. And they’ve been targeted by the government for doing so.

Last week, the Wall Street Journal voiced its frustration with Washington’s inaction – and seeming disinterest — in the face of the worsening Ukraine crisis. The Journal’s editors noted that the best way of curbing repression by corrupt Ukraine officials and “business oligarchs” is a visa ban and freeze on their American-based assets. But so far, it hasn’t happened.

Philadelphia’s Ukrainian Catholic Archbishop Stefan Soroka has called on all of us as fellow Catholics, and other Americans of good will, to support the struggle for religious and civil liberties in Ukraine. We can do that first and most importantly by prayer – and then by contacting our elected representatives. Silence from the United States encourages oppression in Ukraine. We can’t let that happen, again, to fellow believers who bore so much suffering for so many decades.

It’s a privilege to join my own voice, and the voice of the people and clergy of the Archdiocese of Philadelphia, to the voice of Archbishop Soroka and the Ukrainian Catholic community.

+Charles J. Chaput, O.F.M. Cap.
Archbishop of Philadelphia
KINDLY NOTE: The statement by Archbishop Stefan Soroka and his brother Ukrainian Catholic bishops in the United States can be found at www.ukrarcheparchy.us/, along with other critical information about the situation in Ukraine.