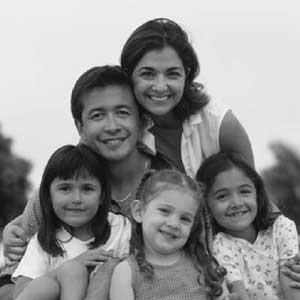 Catholic Charities in the Diocese of Harrisburg has been assisting families, birth parents and adoptees for over 70 years. Catholic Charities Adoption Services believes in the innate dignity and value of every human life and that every child is entitled to an environment in which he or she is loved and accepted unconditionally.

The adoption process is a major undertaking, emotionally and legally. Some birth mothers want to maintain contact with their children; some do not; and some want to reserve the right to decide later. Sometimes years later siblings want to learn more about their brother or sister who was adopted. The legal process for adoption should safeguard the interests of all parties involved; but the current law in Pennsylvania could use some improvement.

The Pennsylvania Catholic Conference is supporting Senate Bill 1360, revising the Adoption Act, as it significantly improves services for those involved in the adoption process. The bill has two key components. First, it recognizes and establishes procedures for voluntary open adoption agreements, whereby a prospective adoptive parent can enter into a voluntary agreement with a birth relative of a child to permit continuing contact between the child and a birth relative.

Under the legislation, all parties involved must consent to having contact. Bolton also added nearly all adoptions from birth facilitated by Catholic Charities of Harrisburg have some form of contact between the birth parent, adoptee and adoptive family.

The second part of the bill streamlines procedures for accessing adoption records and directs DPW to establish a statewide confidential registry for the receipt, filing and retention of medical and social history information and authorization forms for all adoptions finalized or registered in Pennsylvania.

Adoption services in Pennsylvania follow a confidential intermediary system. An intermediary is a person certified by a judge to search for adoption information upon the request of an adoptee. Under current law, only adoptees can request information. The revision allows for increased access so that birth parents and other relatives of the parties involved, like siblings, may also request information.

In recent years, we have heard disheartening statistics showing an increase in abortions taking place in the state of Pennsylvania. A life-affirming alternative to abortion is adoption. By working to improve the adoption process, we may help more mothers see adoption as a viable choice for their children.

PCC advocates many life and dignity issues as well as Catholic education, religious liberty, marriage and family, social justice, health care, and faith. When you sign up for the Advocacy Network, check any and all of the categories on the sign-up screen to receive updates on each of them. Join us, be heard, make a difference.

August 2010 PCC Column written by Kassandra Meholick, who lives in the Diocese of Harrisburg. She is a senior at Kent State University in Ohio and just completed a summer internship with the Pennsylvania Catholic Conference.