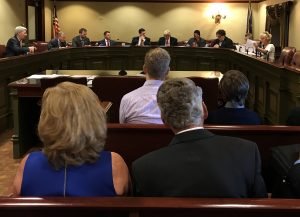 Additionally, the committee adopted an amendment to the bill, sponsored by Sen. Don White (R-Armstrong) that would guarantee CHIP funding is used for its intended purpose of providing health care for children, not to pay for sex reassignment surgery and services.

“I don’t think in any way, shape or form that covering sex reassignment surgery should be part of the CHIP program that we set up years and years ago and is one of the model programs in the country that has been duplicated,” said White.

Senate President Pro Tempore Joseph Scarnati said before the committee, “This goes far beyond what the CHIP program was designed to do. I will not accept, and I will reject the notion that we are discriminating against anybody.”

Although CHIP remains a popular and valuable health insurance tool, it must be reauthorized in order to continue offering coverage.