Advocates, Lawmakers ‘Stand up for Life’ at Capitol Rally 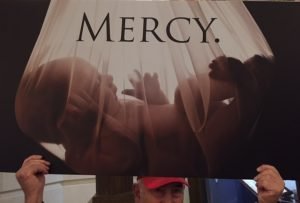 Standing  united on the steps of the state’s Capitol, pro-life advocates and lawmakers renewed the call to stand up for life by urging passage of legislation (House Bill 77 or Senate Bill 3) which would reform Pennsylvania’s Abortion Control Act.

State Rep. Kathy Rapp, who was inspired by the verse 30:19 from Deuteronomy where God advises us to “choose life”, led the call to support legislation to enact a ban on abortions from the 20th week on during a pregnancy.

Research, medical advances and scientific evidence have all shown that by the 20th week of a pregnancy, unborn babies are capable of feeling pain in utero – furthering the need to stand up for the protection of the sanctity and dignity of all human life.

In addition, the legislation also would completely ban the cruel and brutal practice of dismemberment abortions in the state of Pennsylvania.

More than 12 other states, including neighboring Ohio have begun to reduce the maximum gestational age for legal abortions. Sitting down, Pennsylvania will remain off that list. Standing up, Pennsylvania could be the next state to save the lives of unborn children and protect the lives of mothers!

Urge your state representative to stand up for life and support this legislation. Send a message here through the Catholic Advocacy Network.