As the “house of horrors” run by Dr. Kermit Gosnell made all too clear, current abortion clinic regulations are not sufficient.  The resulting District Attorney’s report clearly stated that abortion clinics should be held to the same standards as other ambulatory surgical facilities (ASFs).

As the District Attorney’s report stated on pg. 167, “The ASF regulations, for example, require that patients undergoing every other kind of ambulatory surgery be monitored with high-tech equipment while under anesthesia. The abortion regulations, on the other hand, require that the facility have the high-tech equipment, but do not require that it be used (28 Pa. Code § 29.33(1) and (2)). There is not a single provision in the abortion regulations relating to infection control (nothing to prohibit Gosnell from eating cereal while doing procedures, for example, or from reusing single-use instruments, or from allowing sick, flea-infested cats in the procedure rooms), whereas several pages of rules cover infection control at ASFs.”

And so, while we were all disgusted to hear about the dirty, appalling conditions in Gosnell’s clinic, we should be even more disgusted that he was not violating any regulations in doing so! 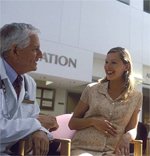 House Bill 574 would hold abortion facilities to the same fire and safety standards, personnel and equipment requirements, and quality assurance procedures as other freestanding ambulatory surgical facilities.   While House Bill 574 would not bring an end to abortion in Pennsylvania, this bill would ensure that health regulations favor the health of women, not the abortion industry.

Your legislator needs to hear from TODAY, as debate is heating up and a vote is near. Please click here to send a message of support for House Bill 574.