A Scholarship By Any Other Name 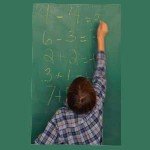 Senate Bill 1 includes two kinds of scholarships that will allow students to attend a school of their choice – Opportunity Scholarships, or vouchers, and Educational Improvement Tax Credit (EITC) scholarships.

Recognized as a national model, Pennsylvania’s Educational Improvement Tax Credit (EITC) program has allowed more than 40,000 students to attend the school of their choice in this school year alone, and hundreds of public school initiatives would have gone unfunded without this program. Since the program’s inception in 2001, over 250,000 students have benefited from the EITC. Additionally, the business community has contributed over $460 million to ensure that Pennsylvania’s children receive the education they deserve.

By all counts, EITC is a huge success and it enjoys wide political support. But a decade ago, skeptics had the same doubts about EITC that they do now about Opportunity Scholarships.

In 2001, they said EITC and school choice would reduce state revenue and take money away from cash-strapped public schools. They are launching the same objections to vouchers.

But since 2001, state spending for public schools has increased dramatically – state subsidies increased more than 30% and local construction and debt spending have doubled. (Source: Commonwealth Foundation). The proposed opportunity scholarship program as proposed will cost just 28¢ for every $100 spent by the state on public education.

EITC opponents said there was no accountability for the scholarship dollars, no way to prove that EITC would benefit students. Thousands of EITC scholarship recipients attend Catholic schools that rightly boast graduation rates at or near 100% for non-transferring students. Of those high school graduates, over 90% go on to attend either a two or four-year institute of higher learning. Further, there is no test for an improved attitude, respect, good manners or depth of spiritual awareness; no measure for a child’s feeling of security. There is no test to determine which students would have dropped out if EITC had not given them a chance for success. Opportunity Scholarships will give the lowest income students in the worst performing schools a chance to go to a school with a successful track record.

And EITC opponents said, “It was anybody’s guess whether the program will expand or become yesterday’s news.” In 2001, EITC was funded with just $25 million. In 2011-2012, $75 million was budgeted with a sizable waiting list of companies ready to invest millions more. And there is a waiting list a mile long of students eager to get EITC scholarships so they can go to a different school.

We know that EITC is one of Pennsylvania’s greatest success stories, but there is still work to be done. It is time to help even more children receive the education that is best for them.

EITC has already helped thousands of students achieve and excel because their parents were able to choose the best school for their children. The Opportunity Scholarship program is a small but targeted program that will give a fighting chance for a better future to children who need it the most.

School choice that includes Opportunity Scholarships and expands the successful EITC is the right choice for Pennsylvania’s future.

Click here to send a message to your state legislator in support of school choice.