Why is HHS Contraception Order Still Standing? Trump Said it ‘Would Soon Be Over’ 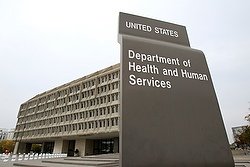 From USCCB president, Cardinal Daniel N. DiNardo – After meeting with President Trump in the Oval Office on May 4, I sat in the Rose Garden and listened as the president promised the Little Sisters of the Poor that their “long ordeal” with the government’s contraceptive mandate “would soon be over.” Yet here we are, nearly three months later, and the Health and Human Services (HHS) mandate still stands.

For four years, the Little Sisters and many other faith-based nonprofit groups have patiently asked the government to do the right thing and let them serve the poor. In a pluralistic society like ours, people should be free to serve the common good without compromising their moral or religious convictions. The HHS mandate, requiring employers to cover contraceptive and abortion-inducing drugs and devices, has tested this country’s commitment to a healthy pluralism.

President Trump asked some of the Little Sisters to stand next to him on May 4 while he signed an executive order “promoting free speech and religious liberty,” and he promised that “we are ending the attacks on your religious liberty.”

The HHS mandate tries to force faith-based employers — including religious charities, schools and pro-life advocacy organizations such as the March for Life — to facilitate the coverage of drugs and devices that go against our moral mandate to respect the dignity of every human person, born and unborn. If a solution is not reached, these nonprofit organizations could face millions of dollars in fines from the federal government for non-compliance with the HHS mandate.

The president’s promises were not just in his speeches. The text of the executive order itself directs the secretary of Health and Human Services to “consider issuing amended regulations, consistent with applicable law, to address conscience-based objections to the preventive-care mandate.”

Yet the onerous regulations that are still on the books have not been amended.

In a diverse society like ours, people will disagree on moral issues. A majority should not be able to impose its way of life on others by using the government to coerce people into violating their consciences. The Catholic Church teaches that religious freedom has to do with immunity from coercion. Immunity from government coercion is a right that all citizens in this country should enjoy. So in asking for an exemption to the HHS mandate to fully accommodate deeply held moral and religious beliefs, we are simply asking that the government give us the space to fully participate in American life.

Following the signing ceremony, I said that the executive order “begins a process.” It is now time for the administration to take the next steps in the process of ensuring that the Little Sisters, and all those who seek to abide by their religious beliefs or moral convictions, would be able to continue to serve their fellow citizens in accordance with their consciences.

Religious freedom is a fundamental right, not a political football. Freedom belongs to us by human nature, not by government dictate. A government that serves its citizens is one that respects the right to religious freedom.

President Trump suggested that he understood the stakes when he said, “Freedom is not a gift from government. Freedom is a gift from God.”