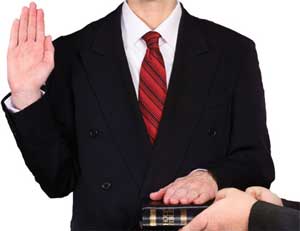 The recently elected members of the Pennsylvania General Assembly were sworn into office today marking the beginning of the 2011-2012 Legislative Session.

Senator Joseph Scarnati was elected President Pro Tempore of the Senate and Representative Samuel H. Smith was officially sworn in as Speaker of the House of Representatives.

Do you know who represents you? Use our elected official look up tool to find out.

Join us. Let the Catholic voice be heard. Make a difference.