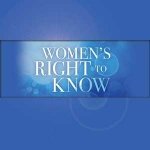 On the same day that thousands of pro-life supporters were marking the anniversary of Roe v. Wade by marching in Washington, DC, state legislators in Harrisburg were urging their colleagues to support life here in Pennsylvania.

CLICK HERE TO SEND YOUR OWN MESSAGE IN SUPPORT OF A WOMAN’S RIGHT TO KNOW.

Dozens of lawmakers took the stage at a multimedia event to explain The Women’s Right to Know Act (HB 1077). House Bill 1077 would require abortion clinics to perform an ultrasound at least 24 hours before an abortion and inform pregnant women of their right to view the ultrasound.

Via Skype, an online videoconferencing site, Representative Kathy Rapp (R-Warren, Forest, McKean) discussed ultrasound technology with Dr. Joseph Castelli, an ob/gyn with Women’s Healthcare Specialists in Bryn Mawr, Pennsylvania. “As a doctor, you want patients to be as informed as possible to make the best decision (about their medical care),” said Dr. Castelli. “If this medical procedure is used, the woman’s decision may be not to terminate the pregnancy, but it will be her good decision.”

Representative Rapp and Representative Deberah Kula (D-Fayette, Westmoreland) are prime sponsors of HB 1077, along with 111 other bi-partisan co-sponsors.

The Pennsylvania Catholic Conference (PCC) supports the Women’s Right to Know Act. In 2012, ultrasounds are a common sense and even expected part of many medical evaluations and procedures. Without this bill, a double standard will remain whereby women in their time of need are not given complete information. Women should have the right to view their full medical records, and the technology exists and is already present in abortion clinics. The Women’s Right to Know Act addresses this disparity.

Past abortion laws probably would have included ultrasound access, but the technology didn’t exist as it does today – The Women’s Right to Know Act updates the law to reflect technological advances.

Helen Cindrich of the People Concerned for the Unborn Child organization in Pittsburgh expressed her support for the Women’s Right to Know Act over the telephone while marching on the Mall in Washington, DC. “The reason we’re here is to protect women and children,” said Cindrich during the press conference. She supports the proposal that would help women “at the brink of a very serious decision that could affect them the rest of their lives.”

Francis Viglietta, director of PCC’s Social Concerns Department, notes that “the need to pass legislation giving a pregnant woman the option to view her ultrasound and to see or hear the heartbeat of her unborn child is long overdue in Pennsylvania. It is an idea whose time has come and the Pennsylvania Catholic Conference calls upon the state legislature to pass HB 1077 quickly and send it to the governor for his approval.

“Ultimately, no matter one’s position on abortion, we can all agree that it is a serious issue that a woman cannot take back or undo. We have an obligation to give these women, in their moment of need, all of the information necessary to make the right decision so that she does not look back and say, ‘If I had only known…’”

The Pennsylvania Catholic Conference urges quick passage of this pro-life bill. Pro-life supporters are encouraged to visit pacatholic.org to send a message in support of The Women’s Right to Know Act.