So a year later, how are we doing in the fight against opioid abuse and addiction? I posed that question to Jennifer Smith, the Secretary for the Department of Drug and Alcohol Programs.

“That’s a question I get asked a lot,” she said. “And I think the answer–cross your fingers—is yes. We don’t have the official numbers from every corner across the state for calendar year 2018 but we do have some county numbers. I think what we’ve seen in half of the counties is either a stagnation or a decline in overdose deaths. I think that’s really positive.”

Smith said there has been a 30% decrease one county in particular in the amount of opioid-related overdose deaths. She says that indicates they have been implementing model programs that are saving lives.

Smith says they are still seeing high overdose death rates in Pittsburgh and Philadelphia, but those rates are not increasing at the same rate they had been for the last couple of years.

“I think it’s showing really positive results at this stage of the game. But we still have a whole lot more work to do. Just because the numbers are starting to plateau and decline slightly doesn’t mean that any of our work is done—especially since anyone who knows about substance abuse disorder knows that it’s a chronic relapsing brain disease.”

Smith ties at least part of the success to focusing on the medication providers and clamping down on “inappropriate prescribing.”

“That’s a pretty important distinction to make—between appropriate and inappropriate prescribing,” Smith said. “There has to be a balance in ensuring that patients who really need these opioids for chronic pain or end of life have accessibility to those medications.”

Those efforts included the establishment of prescribing guidelines for physicians and the Prescription Drug Monitoring Program, which keeps track of prescription of drugs across state lines. That helps to prevent people from doctor shopping.

Smith said the Wolf Administration has done a lot to improve access to treatment and to make sure that people know how to get access.

“I think it’s a pretty chronic government complaint that people don’t know how to access our services,” Smith said. “So one thing we’ve done is spend a good deal of time talking about our hotline, which is 1-800-662-HELP. It’s available 24-7, 365 days a year. It’s probably the easiest way to access treatment resources.”

It seems that most issues we hear about are political and pit one side against the other. Not so much with the opioid crisis.

“We’ve had tremendous support from both sides. I’m really blessed to be in a position where although we deal with a really, really tough situation with the opioid crisis, there is a tremendous amount of support from politicians, from community commissioners and entities from all levels of government that want to see the issue fixed and fixed well.” 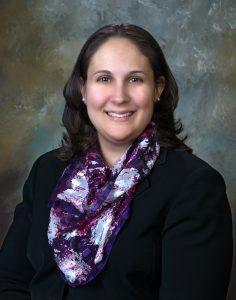