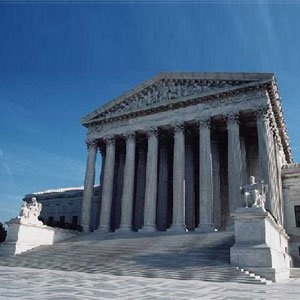 “[R]eason recognizes that religious freedom is a fundamental right of man, reflecting his highest dignity, that of seeking the truth and adhering to it, and recognizing it as an indispensable condition for realizing all his potential. Religious freedom is not simply freedom of thought or private worship. It is the freedom to live according to ethical principles, both privately and publicly, consequent to the truth one has found.”(Pope Francis, June 20, 2014)

In this spirit, religious liberty scored a victory today in the U.S. Supreme Court. In its decision in the Hobby Lobby and Conestoga Wood Products cases, the Court properly concluded that religious conscience of closely held businesses is to be protected from government coercion. Further, the Court determined that the U. S. Department of Health and Human Services mandate is improper as it forces a closely held company to pay for coverage of products and services that violate the owners’ firmly held religious beliefs. The U.S. Department of Health and Human Services (HHS), under authority provided in the Affordable Care Act, mandated coverage of sterilization, contraception and abortion-causing drugs in most employer health insurance plans.

Religious ministries of service – such as charities, schools, health care facilities and institutions of higher education – are given, at best, second-class status under the law in the form of a still-murky “accommodation.” Many religious entities, including Catholic dioceses, are challenging this mandate in federal courts across the country.

The Catholic Bishops of Pennsylvania express the hope that, in light of this ruling, the Obama Administration will do the right thing and withdraw the mandate as it has been applied to religious ministries. That step will bring to an end litigation which religious ministries were forced to undertake to protect their religious conscience and to assure that statutory and constitutional protections would not be trampled.