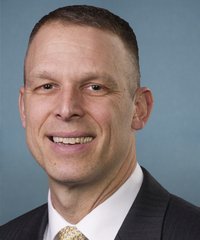 I recently checked in with Congressman Scott Perry (PA, 10th District) to find out what he was up to these days, now that the impeachment stuff has ended–at least for the time being.  Turns out he’s been busy working on the peoples’ business. One of his efforts involves a bill to cut down on student debt.

“Student loan debt now in America…it’s bigger than mortgage debt. It is bigger than credit card debt,” Perry told me on a recent visit to his office just outside of Harrisburg. “This is a huge deal.”

The Congressman is not in the camp of those who feel the answer is to forgive existing student loan debt or to make college free. He’s looking at making it so the colleges and universities have some skin in the game when it comes to student loans.

“Right now you have the student and the parent, they’re on the hook for the bill,” Perry said. “And because of the way things are structured with student loans, taxpayers are now on the hook for the bill if you default on the loan. That’s not fair. You know who has no skin in the game–universities, who are offering their product…to have a better life, of more opportunity. But then when you get done, you find out there is no opportunity with the curriculum you spent your time and money on.”

Perry’s legislation would offer a reduced interest rate on a student’s college loan if the school is willing to co-sign that loan. He says it’s good for the student and provides an incentive for the school to prepare the student to get a job once they head off into the real world so they can pay off the loan.

“It’s not a perfect fit for everything. It doesn’t fix everything, but I think it starts changing the conversation about who’s involved in paying for it and the value of your education.”

Perry says it’s a way of thinking outside the box to try to solve the problem.

“What business among us is absolved once you pay for it of any liability for the product?” he asked. “If you bought something that didn’t work and you paid a lot of money for it, you take it back to the store. Well when you buy an education and it doesn’t work, who do you take it back to?’