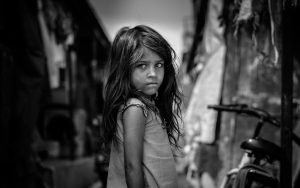 From the USCCB – The president and vice president along with chairmen of the U.S. Conference of Catholic Bishops (USCCB) have issued a statement about the Administration’s termination of the Deferred Action for Childhood Arrivals (DACA) program after six months.

Over 780,000 youth received protection from the DACA program since its inception by the Department of Homeland Security (DHS) in 2012. DACA provided no legal status or government benefits but did provide recipients with temporary employment authorization to work in the United States and reprieve from deportation.

“The cancellation of the DACA program is reprehensible. It causes unnecessary fear for DACA youth and

their families. These youth entered the U.S. as minors and often know America as their only home. The Catholic Church has long watched with pride and admiration as DACA youth live out their daily lives with hope and a determination to flourish and contribute to society: continuing to work and provide for their families, continuing to serve in the military, and continuing to receive an education. Now, after months of anxiety and fear about their futures, these brave young people face deportation. This decision is unacceptable and does not reflect who we are as Americans.” The full statement can be found here.

Archbishop Charles Chaput of Philadelphia said, “Part of being prolife and pro-religious freedom — both of them vital issues that need our strong support — is a willingness to look past these specific struggles to the dignity of the whole person. It’s one thing to tighten the security of our borders and to deport violent criminals here illegally. It’s a different and much uglier thing to punish young people who’ve grown up in the United States as their home, but whose parents entered the country with them illegally.

The Deferred Action for Childhood Arrivals (DACA) program covers more than 800,000 non-citizen young people, protecting them from deportation and allowing them to work in the United States legally. It’s a humane, just and sensible recognition of the facts: Most of these young people have nowhere else to go, and no other home than the United States.

The White House has the power to end DACA. It has threatened to do so as early as today. This would be a drastic mistake. It can only make our complicated immigration issues worse. It will poison our national debates and damage the lives of hundreds of thousands of young people who pose no threat to anyone.

I ask the people of the Archdiocese to press their federal lawmakers to find a positive legislative replacement for DACA, and to prevent the deportation of these young people.”

Bishops from across Pennsylvania echoed the call by the USCCB (Harrisburg Bishop Ronald Gainer) and have also spoken out in support of DACA (Pittsburgh Bishop David Zubik), citing that the Administration’s decision ignores the reality of the positive contributions these young people have made within our communities (Greensburg Bishop Edward Malesic).

Additionally, “This decision does not reflect the message of the Gospel of Jesus or the values that have made the United States the greatest country in the world. We have a long and proud history of welcoming persons from other countries who come to our land seeking freedom to practice their religion, live in safety and work hard to provide a decent life for their families.” (Bishop Joseph Bambera, Diocese of Scranton)