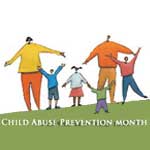 During April, child protection staff in dioceses nationwide reexamine and publicize efforts for child protection. This has been a key effort of the church since 2002, when the U.S. bishops adopted the Charter for the Protection of Children and Young People, in response to clergy sexual abuse of children.

Kettelkamp, executive director of the U.S. Conference of Catholic Bishops (USCCB) Secretariat for Children and Young People, developed the list after reviewing what the Catholic Church has learned in facing the clergy sexual abuse problem. The ten points follow.

Sexual molestation is about the victim. Many people are affected when a priest abuses a minor, but the individual most impacted is the victim who has suffered a violation of trust that can affect his or her entire life. The abuser, the family of the abused, and the parish community are all affected by this sin and crime, but the primary person of concern must be the victim.

No one has the right to have access to children. If people wish to volunteer for the church, for example, in a parish or school, they must follow diocesan guidelines on background checks, safe environment training, policies and procedures, and codes of conduct. No one, no matter who they are, has an automatic right to be around children or young people who are in the care of the church without proper screening and without following the rules.

Common sense is not all that common. It is naive to presume that people automatically know boundaries so organizations and families have to spell them out. For example, no youth minister, cleric or other adult leader should be in a child’s bedroom, alone with the child.

Child sexual abuse can be prevented. Awareness that child sexual abuse exists and can exist anywhere is a start. It is then critical to build safety barriers around children and young people to keep them from harm. These barriers come in the form of protective guardians, codes of conduct, background evaluations, policies and procedures, and safety training programs.

The residual effects of having been abused can last a lifetime. Those who have been abused seldom “just get over it.” The sense of violation goes deep into a person’s psyche and feelings of anger, shame, hurt and betrayal can build long after the abuse has taken place. Some have even described the feeling as if it has “scarred their soul.”

Feeling heard leads toward healing. Relief from hurt and anger often comes when one feels heard, when one’s pain and concerns are taken seriously, and a victim/survivor’s appropriate sense of rage and indignation are acknowledged. Not being acknowledged contributes to a victim’s sense of being invisible, unimportant and unworthy; they are in some way “revictimized.”

You cannot always predict who will be an abuser. Experience shows that most abuse is at the hands of someone who has gained the trust of a victim/survivor and his/her family. Most abuse also occurs in the family setting. Sometimes the “nicest person in the world” is an abuser, and this “niceness” enables a false sense of trust to be created between abuser and abused.

There are behavioral warning signs of child abusers. Training and education help adults recognize grooming techniques that are precursors to abuse. Some abusers isolate a potential victim by giving him or her undue attention or lavish gifts. Another common grooming technique is to allow young people to participate in activities which their parents or guardians would not approve, such as watching pornography, drinking alcohol, using drugs, and excessive touching, which includes wrestling and tickling. It is also critical to be wary of age-inappropriate relationships, seen, for example, in the adult who is more comfortable with children than fellow adults. Parishes can set up rules to guide interaction between adults and children.

People can be taught to identify grooming behavior – which are the actions which abusers take to project the image that they are kind, generous, caring people, while their intent is to lure a minor into an inappropriate relationship. An abuser may develop a relationship with the family to increase his credibility. Abusers might show attention to the child by talking to him/her, being friendly, sharing alcohol with a minor and giving the child “status” by insinuating that the child is their favorite or “special person.” Offenders can be patient and may “groom” their victim, his or her family, or community for years.

Background checks work. Background checks in churches, schools and other organizations keep predators away from children both because they scare off some predators and because they uncover past actions which should ban an adult from working or volunteering with children. If an adult has had difficulty with some boundaries that society sets, such as not driving while intoxicated or not disturbing the public peace, he or she may have difficulties with other boundaries, such as not hurting a child. Never forget that offenders lie.