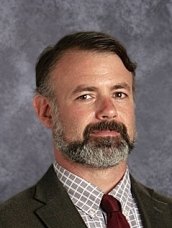 In talking with Catholic school principals around the state it seemed like the key to making the transition to on-line learning in March was having a one-to-one situation with the students. That is, each student had their own laptop computer.

“We’ve been one-to-one for five years now,” said Ben Althof, the Principal of Greensburg Central Catholic High School.  He says they experimented with different versions of on-line programs before they went with the Enterprise version, which they have using for the last year and half.

“This year when it became available we jumped on the opportunity to apply for the flexible instruction days for snow days. We were fortunate, I guess, to have one. We had one snow day on Friday before all this started which gave us a chance to test run the program we had developed and make sure that there were no real kinks.”

Althof says they gave the teachers and parents a day to get ready but they started teaching the very next day and haven’t missed one since.

“We were one of the few schools in the county (to be active immediately) so all of our kids’ friends took two-plus weeks of basically doing nothing.”

Althof says the effort was made to maintain normalcy as much as possible. They tried to keep as much of the regular routine as they could. While things are running smoothly in that regard, there is a lot up in the air as far as what is going on with end-of-the-year activities, including graduation.

“We’ve been brainstorming ways to reschedule or do something in the summer, but we don’t know. Nobody knows anything. The only thing I know would be–non-medical or professional–my guess would be as things start to reopen, they’re not going to start with large-group gatherings. We can give you an alternative date for a prom and a venue. We could do it in our school for sure. We go back and forth. Do we schedule those things to give glimmers of hope that we know we’re going to have to dash or do we just have everybody face the music.”