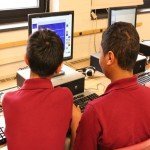 For many years, the annual state budget for textbooks and other instructional materials for non-public schools had increased at the same rate as the increase in public school subsidies. Whether the students attend public or nonpublic schools, their parents are taxpayers, so treating all students equitably in regards to textbooks makes sense. While public schools received exponentially more funding from the state and federal government via our tax dollars, textbooks are a basic need that are given to the students, not the schools.

In comparison to the multi-billion dollar public school budget, it would only cost the state $3.7 million to return the nonpublic line items to equal footing with their public counterparts.
Education of our students is vital to the future success of our state. Investing today in textbooks will help shape community leaders for years to come, and those textbooks should be distributed equitably to all of the students in the Commonwealth.