Thousands of bills are introduced in the Pennsylvania General Assembly during the two year legislative session. The Pennsylvania Catholic Conference  reviews, tracks and takes positions on a few hundred. Ever wonder how the PCC evaluates legislation? Read more in this summer’s Viewpoint. 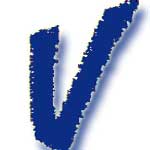 Bills that relate to the interests of the Church are discussed and debated by the laity, religious menand women, and clergy who make up the PCC’s departments, the Pennsylvania Catholic Health Association and PCC Administrative Board. Through this deliberative process, the PCC takes official positions and shares them with legislators and the public.

Each proposal is evaluated by asking:

• Does the program or policy affect the common good?

• Does the proposal uphold the life and inherent dignity of the human person from conception to natural death?

• Does the program or policy offer preferential treatment for the poor and vulnerable?

• Will it affect the Church as an institution?

• Will it affect other Catholic institutions such as schools, hospitals or long-term care facilities, charities or other ministries?

• Will it affect individual Catholics in the practice of their faith in the workplace, school or in the community?

• Is there a potential conflict with religious liberty or the freedom of conscience?