State Must Do More to Help Keep People Warm, Safer through Winter 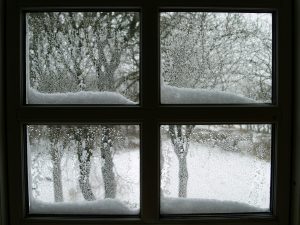 State Auditor General Eugene DePasquale audited two programs designed to keep low-income Pennsylvanians warm and safer through winter. He found that the state failed to spend $5.4 million of federal funding that potentially could have helped 527 families.

“My auditors found that DCED failed to spend $5,449,093 of U.S. Department of Energy funds over four years due to the 2015-2016 state budget impasse and newly implemented federal weatherization quality standards,” DePasquale said.

“That money could have helped weatherize 527 homes for at-risk individuals and their families who needed assistance when the average winter temperatures ranged from 12 to 40 degrees.”

DePasquale called on the governor and the legislature to pass a law that requires all available federal funding that promotes the safety and welfare of at-risk Pennsylvanians to be released as of July 1 of each year, “In the event of a budget impasse, our most vulnerable residents would not have to risk harm while elected officials are sitting in air-conditioned, heated state office buildings.”

“The goal is to run these programs with zero errors,” DePasquale said. “While DHS must continuously improve its application and benefit determination process overall, LIHEAP is an example of how a program should be run. DHS has gone the extra mile to make improvements to LIHEAP so it can serve our most vulnerable citizens.”

To improve the weatherization program, the audit includes one recommendation for the governor and General Assembly and 19 recommendations for DCED. In its written response, included in the audit report, the agency appears to be in general agreement with two of the three findings and agrees with approximately half of the recommendations.

DHS is in agreement with the finding applicable to LIHEAP and is committed to implementing the recommendations.

The Energy Conservation and Assistance Programs (LIHEAP and Weatherization) audit report is available online at: www.PaAuditor.gov.

NOTE: Catholic Charities and Catholic Social Services are among the local agencies that turn to the LIHEAP and Weatherization programs to minister to people in need in their communities.