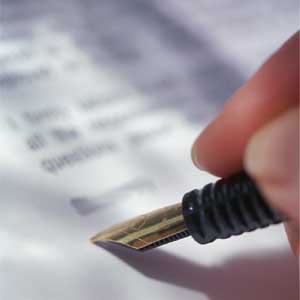 For the first time in nine years, the Pennsylvania General Assembly passed the state budget before the June 30 constitutional deadline. The $27.15 billion spending plan holds the line on taxes and represents a 4 percent cut in spending over last year. Governor Tom Corbett signed the budget into law at 11:45 pm last night.

EDUCATION: Line items in the budget that benefit Catholic school students were cut slightly. Programs that buy textbooks and materials and fund special services were decreased by about 1%. The basic education subsidy for public schools was cut by 7%. The Educational Improvement Tax Credit (EITC) program was restored to $75 million, up from $60 million in 2009 and 2010.

HUMAN SERVICES: Budget cuts within the PA Department of Public Welfare will affect some of the programs provided by our Catholic Charities agencies such as the homeless assistance program and the Human Services Development Fund (HSDF). There is some good news in the welfare budget, funding for the state’s alternatives to abortion program, Real Alternatives, received a 4% increase.

HEALTH CARE: Programs that reimburse hospitals and nursing homes were cut, but not as deeply as feared. The Tobacco Settlement funds were removed from the General Fund and placed back into the separate fund as originally intended; however the adultBasic health insurance program as not restored. The Children’s Health Insurance Program (CHIP) was funded at the same level as last year.