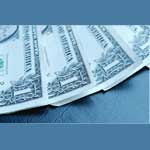 The Pennsylvania General Assembly passed the state budget by the constitutional deadline, June 30. Over the Fourth of July weekend, they passed the necessary fiscal code bill that outlines the revenue to pay for it. Although not exactly on time, this state budget was passed earlier than it has been in many years. The $28.05 billion spending plan does not raise broad-based taxes, but does hold the line on some items and imposes cuts on others.

The big news about the budget is funding for the Educational Improvement Tax Credit (EITC) program. EITC provides a tax credit to businesses that contribute to organizations that give scholarships to students to attend the school of their choice. Many Catholic school students benefit from EITC scholarships. The successful education program was cut by $15 million last year and was scheduled to be cut another $10 million this year. But thanks to the hard work of the Advocates of Catholic Education in Pennsylvania, this year’s cut was avoided. EITC will be funded at the same level as last year – $60 million. Better still, the share that funds scholarships for students in nonpublic schools was increased more than $2 million to $40 million.

Public schools were one of the winners in this year’s budget; their basic subsidy was increased $250 million for a total of $5.1 billion. Comparatively, non-public school students benefit from a small line item the state education budget that pays for textbooks, materials and a few special services. Those line items received a minimal decrease of less than 1%.

Catholic health care facilities like hospitals and long-term care homes have a special mission to serve the poor. Many of their patients and residents are eligible for Medical Assistance (MA). Fortunately, no payment reductions were made to hospitals in the final budget. The budget also includes a modernized MA payment system that will improve and stabilize reimbursements to hospitals and will help leverage federal matching funds. Hospital officials say the new system will help to enhance patient access to care and provide hospitals with much needed additional funding.

The budget counts on $850 million from an extension of the Federal Medical Assistance Program (FMAP) that Congress has yet to approve. If this does not happen, the governor and lawmakers will have to modify the budget to address the shortfall.

Catholic Charities agencies provide a number of programs that are funded by the state. Many of these programs, such as services to people with disabilities to help them live independently, are paid for by the state’s Human Services Development Fund (HSDF), which was cut by $2 million.

A slight cut of $38,000 to the state funded alternatives to abortion program, administered by Real Alternatives, Inc., seems minuscule within the billions of dollars being spent all together on the broad range of social service programs. However, each of those dollars would go a long way to helping women choose life for their unborn children.

The efforts of grassroots supporters made a definite difference in this year’s budget, especially for EITC. Advocates visited, called, faxed, and wrote letters and e-mails to their state legislators. Some wrote letters to the editor of local newspapers. Many more prayed for our elected leaders and the future of our Commonwealth. Thank you for your support.

If you are not yet a member of the Pennsylvania Catholic Advocacy Network or the companion Advocates for Catholic Education in Pennsylvania, consider signing up at pacatholic.org. Join us. Be heard. Make a difference in Pennsylvania.