Speak the Truth about Contraception and Abortion 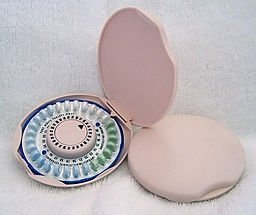 Congress is facing an emotional debate – should tax dollars intended to support women’s health go to organizations that promote abortion, like Planned Parenthood?

Historically tax dollars have been prohibited from directly paying for abortions except in certain cases, so Planned Parenthood uses the money for other services like family planning, contraception, and screenings for sexually transmitted diseases. Those who are reluctant to stop funding Planned Parenthood deem these services to be critical to women’s health and necessary for reducing the number of abortions. Somehow, they believe, funding contraception will reduce the number of unintended pregnancies, even in an organization that performs tens of thousands of abortions every year.

Let’s set emotion aside and look at the facts. Is there a public health benefit to funding contraceptive services? Is there evidence that contraception reduces unintended pregnancy and abortion?

A study published in 2015 analyzed the impact of state level contraception mandates on public health. The research cross-referenced public health data on unintended pregnancies and abortion in states that mandate contraceptive coverage in health insurance plans with statistics from states that do not.

The result: mandated contraceptive coverage, which arguably increases access and availability, had little if any impact on either unintended pregnancy rates or abortion rates. (Ave Maria Law Review, 2015)

Another study conducted by an affiliate of Planned Parenthood found that the majority (51 percent) of women who have abortions had used a contraceptive method in the month they got pregnant, most commonly condoms (27%) or a hormonal method (17%). (Guttmacher Institute, 2014) It is fair to say that many women who use contraception are still seeking abortion.

No study can accurately measure the factors of an individual’s experience with unintended pregnancy and abortion, but there is a substantial body of research that points to the increasing availability of contraception may result in more sexual activity. (Ave Maria Law Review, 2015) If people are lured into believing that that their sexual activity is “safe” from pregnancy, they will not consider the consequences.

Access to health care is a basic human right. As citizens, we do have a compelling state interest to help people in need gain access to medical care that will keep them healthy and well. Women (and men) should have access to life saving screenings for sexually transmitted diseases or cancer; but there is a better way to deliver those services.

There are more than 9,000 delivery sites for the nation’s 1,200 federally funded health centers, providing a long list of professional and preventative services. (National Association of Community Health Centers, 2013) Planned Parenthood has just 700. Women will not suffer if funding is redirected.

It is time we speak the truth about women’s health and bust the myth that contraception is a solution to abortion. Congress should reallocate federal funding, so that women can obtain their health care from providers that do not promote abortion. As citizens, we should demand nothing else.